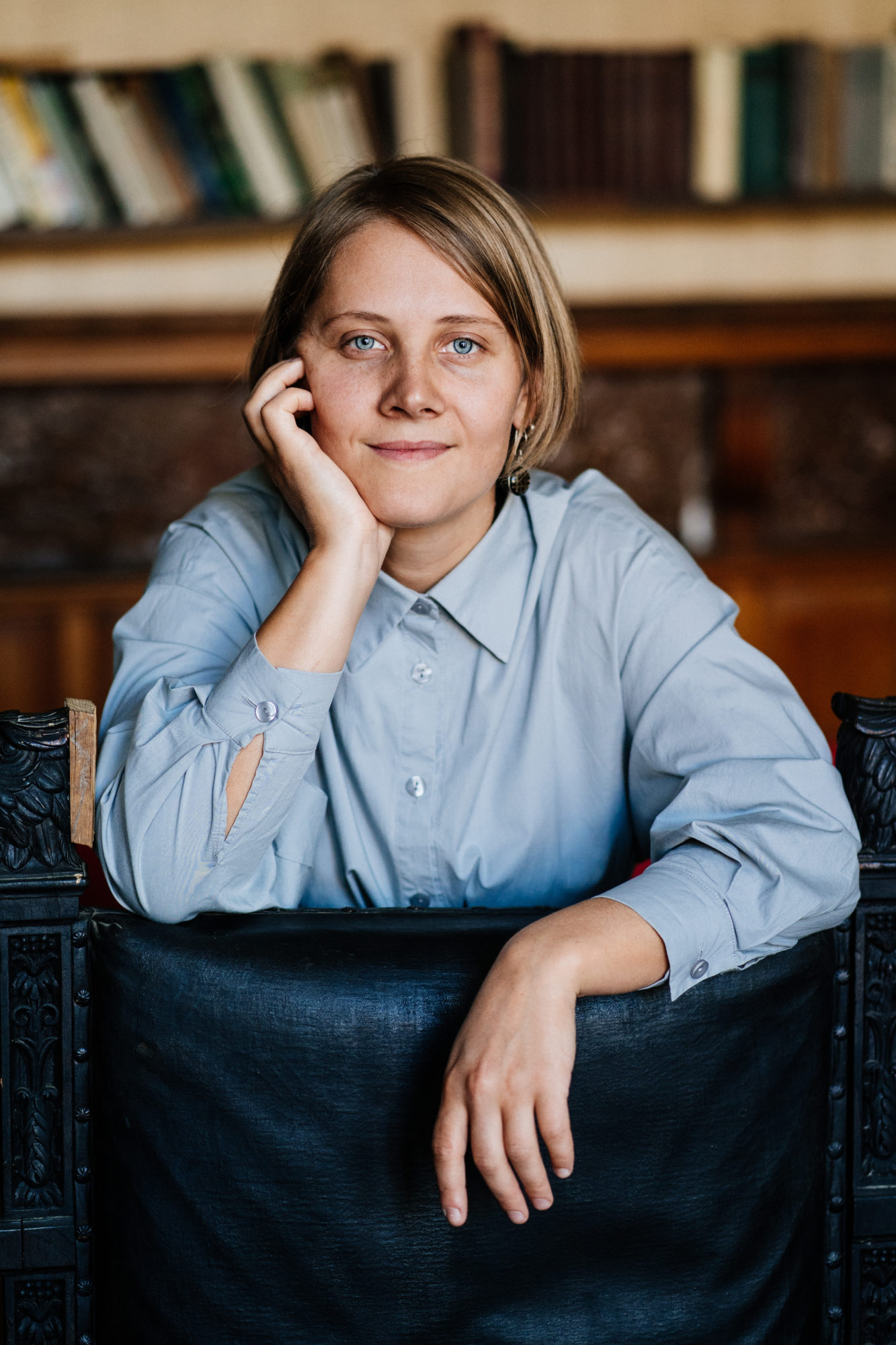 Zhenya Machneva was born in 1988.
She lives and works in Saint Petersburg, Russia.

In 2011, she graduated from the Department of textile of the Saint Petersburg Stieglitz State Academy of Art and Design. In 2012–2013, she completed the School of Young Artists educational program provided by the PRO ARTE Foundation and the NorthWestern branch of NCCA.

Tapestries in cotton, linen, and synthetic threads, the artist depicts obsolete factories abandoned heroic sanctuary and other remanents of the Soviet grandeur. With lovely, soft textures and a palette given to muted colors, are the works nostalgic, or sardonic.

The rust belt is not a purely American phenomenon, Russia developed scores of single-industry towns dependent on trades that are on the verge of extinction. Zhenya Machneva takes pleasure in the gradual collapse of his aspect of her homeland’s economy might, the young Russian artist does admit appreciate the ‘gloomy beauty’ of its abandoned plants and factories.

Machneva hand weaves the tapestries, prompting comparisons between the obsolescence associated with the places she depicts and her own choice of time – consuming craft – one that she also sees as a form of conscious resistance to art’s ongoing digital drift. It appears an authentic though ultimately futile response to the vaporous omnipresence and instantly disposable excitements of the Internet.

Her works has been discovered by the New Museum Triennal’s curators Gary Carrion-Murayaru and Alex Gartenfels at the 2015 Ural Industrial Biennal. Exhibited in the US for the first time at the New Museum, Zhenya Machneva presented a series of tapestries that reflect such looks and legacies. Her first works on the theme were inspired by a visit to the crumbling phone factory where her grand father toiled for forty years.