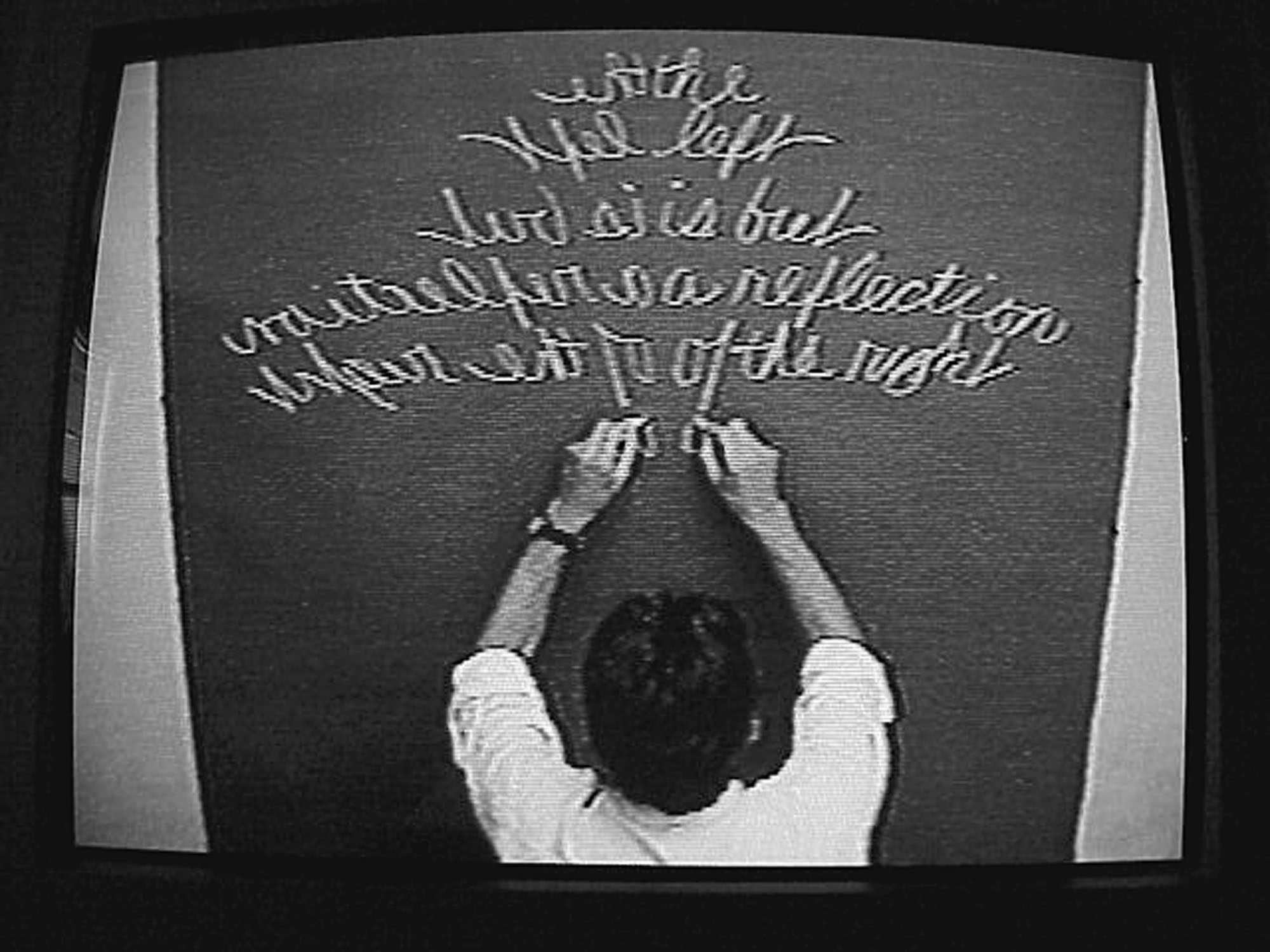 Born in 1942 in Rock Spring, Wyoming (USA), Paul Kos lives and works in California. An internationally renown artist, he was one of the forerunners of conceptual art in the 1960’s. Kos has been a leading artist and influential teacher in the San Francisco Bay Area for well over three decades. He was one of the major figures in the early Conceptual Art scene in the late 1960’s and early 1970’s. Kos was among the first artists (in step with contemporaries such as Bruce Nauman and Vito Acconci) to incorporate video, as well as sound and interactivity into sculptural installations. Manifested in the form of performance, installation and video, Kos’ works are not about making objects. Their common theme, broadly, could be the concerns of sculpture. Each piece poetically and humorously attacks and dwells on the elements and data that may constitute sculpture: materials, objects, processes, actions, duration, symbolism and even ritual of Art.