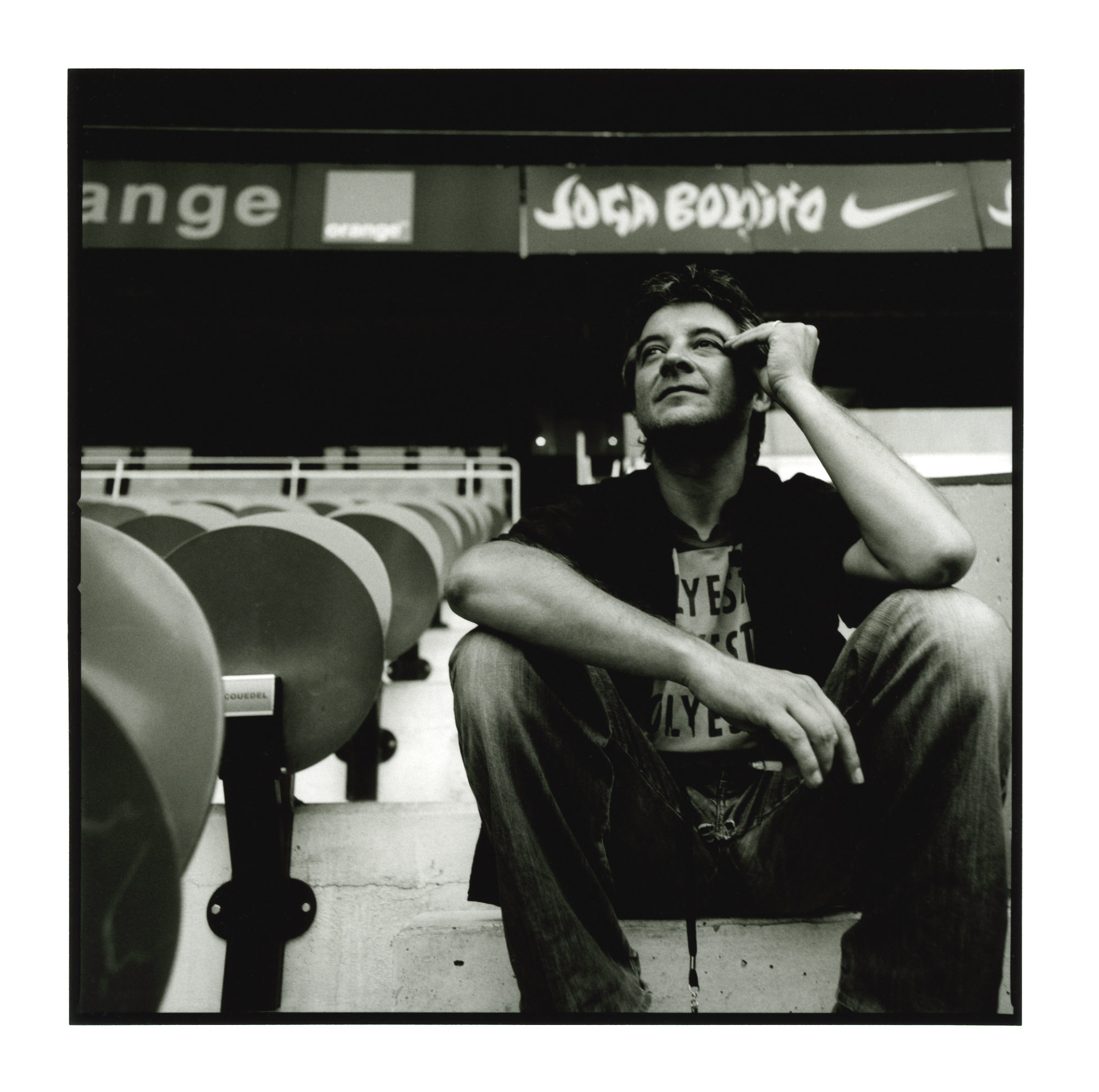 Massimo Furlan started a cycle of work based on memory and forgetting. He is interested in theatrical representation. Since 2001, he has regularly worked with the contemporary dance company “Compagnie Philippe Saire. For several years now he has produced several performances for, amongst others, Théâtre de l’Arsenic, as well directing performances that play with the themes of memory and childhood, whilst following his artist practices. Alternating between Superman and a footballer, he incarnates his childhood heroes, on stage and in public spaces. He repeats real gestures with heart and soul (in the case of footballers: he recreated the World Cup Final France/Germany 1982, in his performance Numéro 10/Michel Platini at the Parc des Prince, Paris in 2006), or recreates improbable sketches, using scenes from lms or cartoons and childhood memories. Between theatre and performance, Massimo Furlan uses well-known popular subjects; he takes over public spaces with his performances, which jolt the collective and personal memory. A burlesque element enters into his characters: Superman comes in a variety of shapes and sizes: blonde, beer-bellied or with a moustache; Massimo Platini uses a pink mattress to carryout a reverse kick. The ridiculous, football and superheroes make up the evocative and theatrical world of this unique artist.