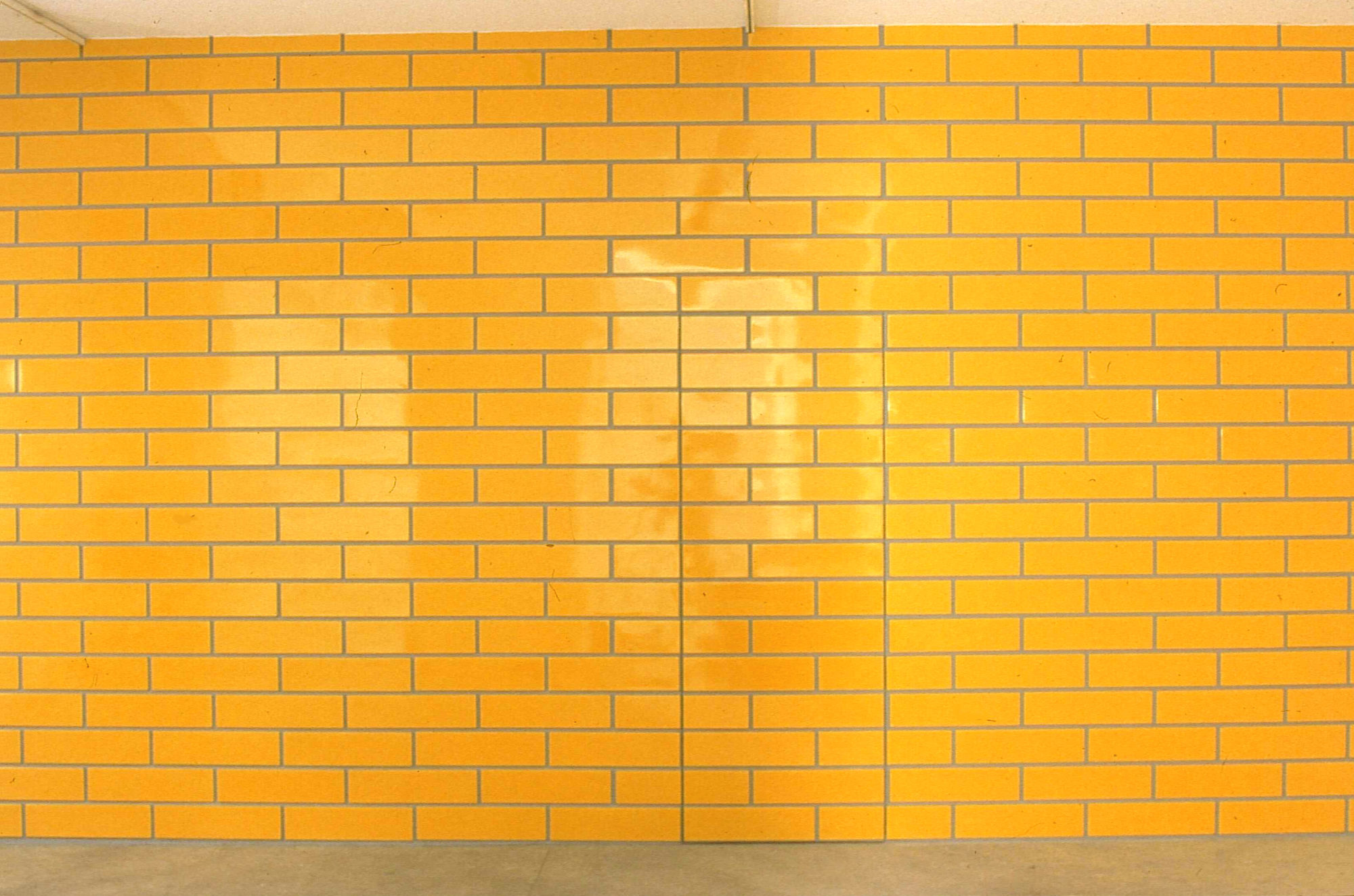 Generally speaking, one should never rely on appearances and especially those performed by Virginie Yassef and Julien Berthier.
“Except in case of accident” is the title of their first own exhibition in a French gallery and could as well be the keyword that describes their works.
For their final year degree at the Fine Arts School, they had installed, balanced on a picture rail four meters above the floor, a mysteriously-inhabited house, on the inside of which a number of performances or barbecue parties were taking place, according to the time of day.
We won’t unveil here what is being hatched behind the yellow brick wall that is set up in the Project Room. We even don’t know if, as time passes, the gallery itself is not to leave the courtyard, hauled by the huge elastic straps that the artists fixed between the former and the street.
But the point is actually very meaningful and aims at building structures or creating tools that help staging improbable events. The results may as well be achieved or turn out to be the opposite.
The works are exhibited here whatever happens, even by accident.

*Exhibition supported by the Ministry of Culture and Communication. Delegation to the visual arts (CNAP). Support for the organisation of the first exhibition.