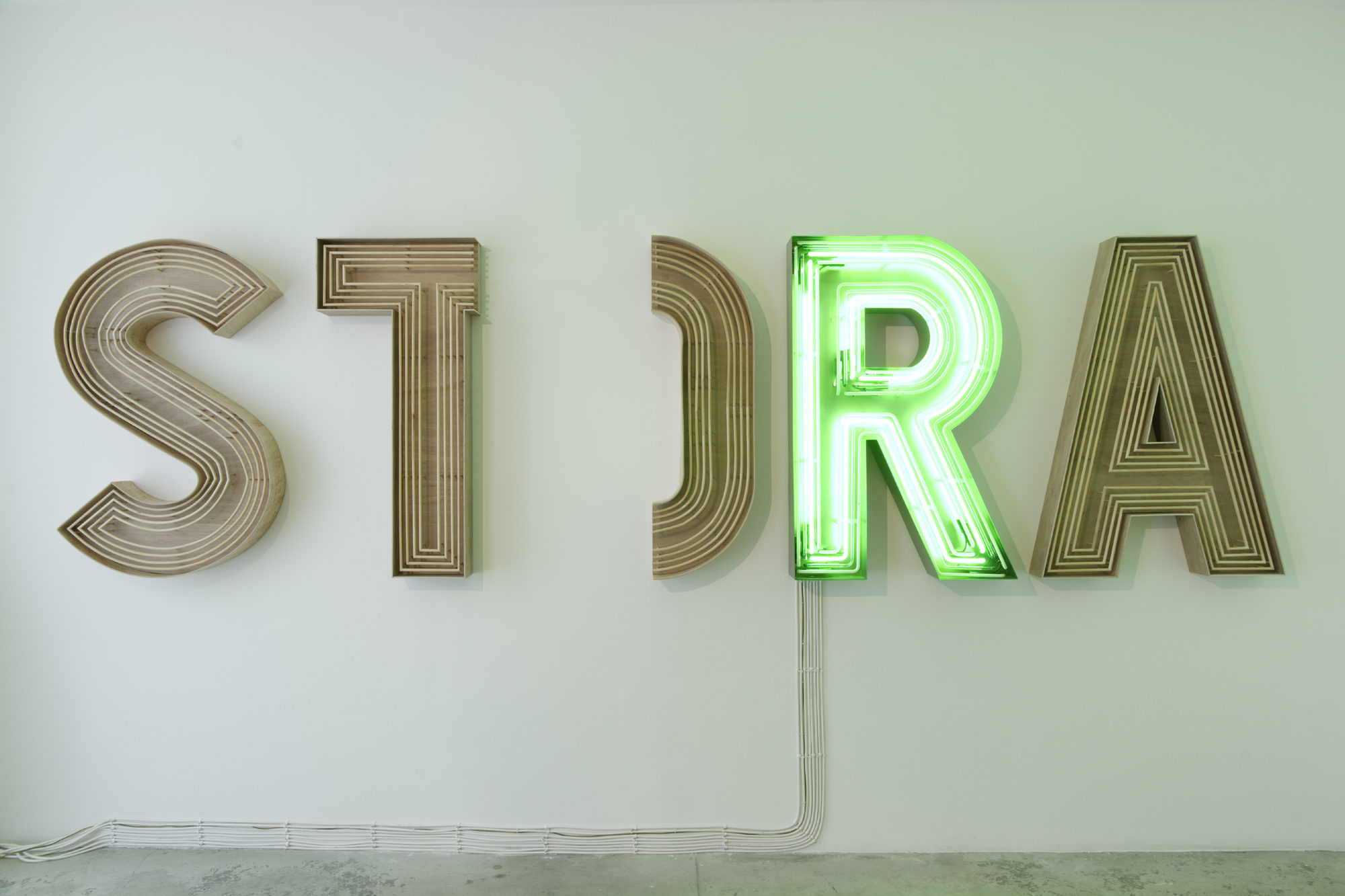 In 2011, you participated in a group show at the gallery titled « The Big Society », to what extent was this experience linked to this exhibition?

One of the works in that exhibition (Forensic Poster, 2006/11) was a result of research I had conducted with forensic examiners at the Metropolitan Police training school in London. Around the same time I was speaking with set designers in Hollywood about how they designed spaces in which specific (often traumatic) events would occur. My interest in the evidential quality of the single set built for the filming of Rope stems from these conversations – not least because the film proposes a context for an intellectually motivated crime. I’d also say that the context of the gallery, surrounded by dealers in ethnographic artifacts as it is, was the right place to explore the history of this trade in culturally sensitive objects.

Your work is often inspired by cinema and literature. In what way does Hitchcock’s « Rope », set in a bourgeois New York apartment, particularly illustrate your research?

I have a long-standing interest in the mechanics of Film Noir, particularly in how the allegorical Expressionism of European cinema of the 1920s and ‘30s was translated by émigré directors and art department technicians into the hyper-realism of these American movies. Through watching a lot of the films I started to notice how often ethnographic sculpture was being used as a character reference alongside the other trappings of protagonists’ aesthete lifestyle – and Rope is a pretty good example of this tendency. I should also add that Hitchcock’s filming in continuous takes (with a very large, moving camera) makes the actors’ relationship to their environment noticeably unsettled – I read that, in order for this to be possible, most of the furniture was on wheels… Also, it is a great (and rare colour) example of the use of a flashing neon sign to destabilize the visual reading of the objects and protagonists, a technique I’ve made a number of works in relation to.

Your installation includes original works and many different objects, various in date and geography. Did you want to establish a specific link between them, or give them a new status?

What interests me about the use of sculptural objects in film (and ethnographic objects in Film Noir particularly) is that the film itself creates a subliminal connection between all of the artifacts. The movie itself, its narrative and characters, form part of a new bounding system. So it is with Rope. The installation is an attempt to both identify and pick at the seams of this relationship.

Following this exhibition, most of the objects will return to their owners and only the sign work (« Technicolor Proof … ») and your sculpture will remain How can the installation « Set Theory » be passed on or installed again?

The light from the sign and the manner of the display environment, based on the attempts to unify disparate objects in museums exhibiting furniture, art and artifacts from specific collections, acts as a unifying system for the group of objects and artworks (one of the two readings implied by the “set” of the title). My selection process was based on an attempt to make a taxonomically similar collection to the objects and artworks chosen by the production designers for Rope. As such, a new selection could be made following those same rules, and a new version of the installation created. It’s also no coincidence that many of the constituent elements of the installation might be found in apartments surrounding the gallery… I should add though that I was particularly happy with the particular artworks and objects I was able to include in the installation at Vallois.

Which specific experiences do you retain of the research and the installation you created in Paris?

It was a fascinating experience visiting a number of the local dealers and collectors, many of whom were very generous with their time and with their collections. It offered a real insight into a business – the re-contextualizing and trade in cultural artifacts – in which I have a great interest. Looking back at how this work has evolved over the last few years from a number of different strands of research, I’m very curious to see where this experience, and the realization of this installation, leads in the future.