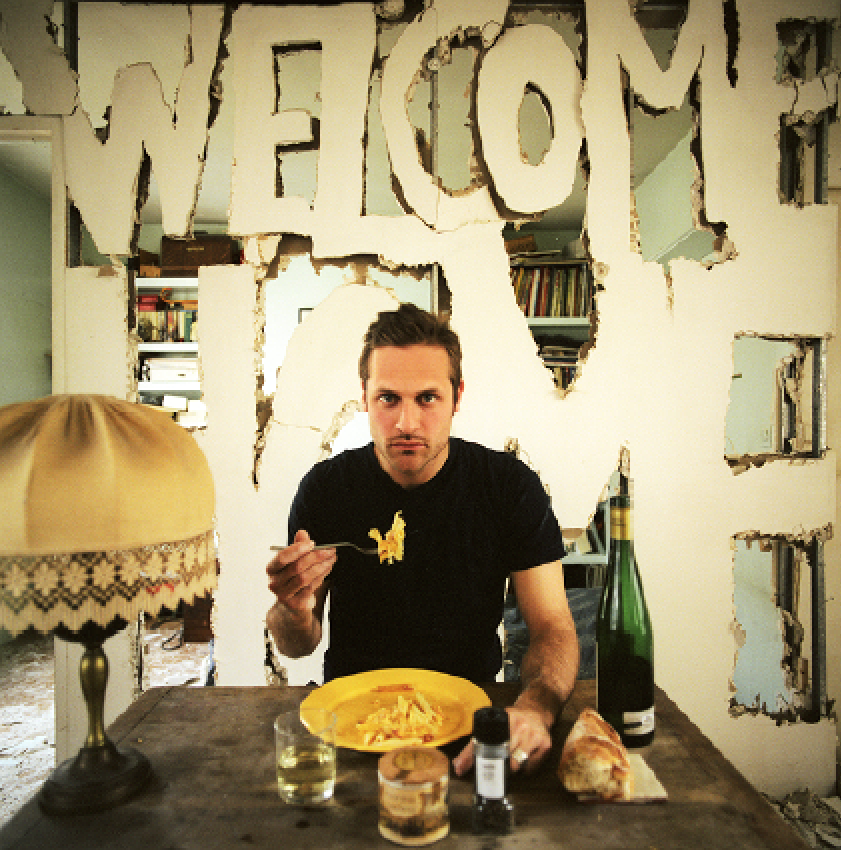 Where does your initial interest for the public space, from which you find the substance and content for your work, come from?

It evidently comes from my observation of the world in which we live, but also from a practice of intervention which allows for the opposition of individual reasoning against the collective one. These questions of the artist’s responsibility, as an individual, a citizen, and at the same time responsible of the forms that surround us in the public space, are, to me, fundamental. I have always asked myself why it could be problematic for an artist to place a form within the public space, whereas a supermarket’s manager feels less responsible about forms he chooses and which also construct the space we live in. This led me to look at the public space with this idea that it is a terrain which, in the end, is not as public as it seems, and where questionings are very complex. In reality, it is a very normed space, in the name of the common good, which makes it a very interesting observation and intervention space. I have always liked the idea of making interventions which for me are art, but which are not always taken or announced as such.

In your series “The Corrections” (2014), you gather together on the same pole urban messages inscribed on different signs. Is it about simplifying and correcting things, or a burlesque act symbolising a kind of ideal of the artist as someone who can change the world?

It’s everything at once. Ambiguous actions interest me more and more. I don’t want to transform my political thought or my reflexion on the public space into a dogmatic discourse, I am not a pontificator. Friends of mine, Clément de Gaujelac and Fabrice Guyot, have coined the notion of “forfeit of the good”, meaning an act where the frontier between good and bad is blurred. The Corrections, which is exactly what they are, are about looking at the world as it is, finding the absurdities and real incoherencies in its functioning and installations, and correcting them. There is a sort of a demiurge’s intention from the artist’s part to change the world, but it’s mostly about an illegal gesture where nothing actually changes as all the signs are still in place. It is a process I like to call “landscape simplification”, where nothing changes much, but which implies both unlawfulness and generosity, gathered in one single gesture.

Your work often seems to flirt with the questioning of custom and norm. Is this your intention?

Not “questioning”, but rather “playing with”, observing, noticing. This can be found in the project Portraits (2014) exhibited here. I have not drawn any of these forms. Their origin comes from dismantled furniture left on the street, often illegally. I’ve always thought that we could find in them all the vocabulary of constructivist, abstract, American minimal sculpture, among others; and most of all, that it could function as a real sculpture, as a volume within the public space.

I ended up selecting only the ones I found in streets bearing names of important figures – such as Hannah Arendt, Saint Sébastien, Jean Jaurès, Raymond Radiguet … – and I added abstract sculptures which are also portraits. I find this personification of abstraction very interesting, and I therefore reduced these sculptures to the scale of a bust, and placed them on bases taking the forms of parking poles, which have a very rich formal typology. Yet when you look beyond the obvious coercive function, you can see two things: the form, which is sometimes complex and which is here in the position of a sculpture as it is made with real base materials such as marble; but also its use. It is the collusion of all these aspects which form these affective portraits.