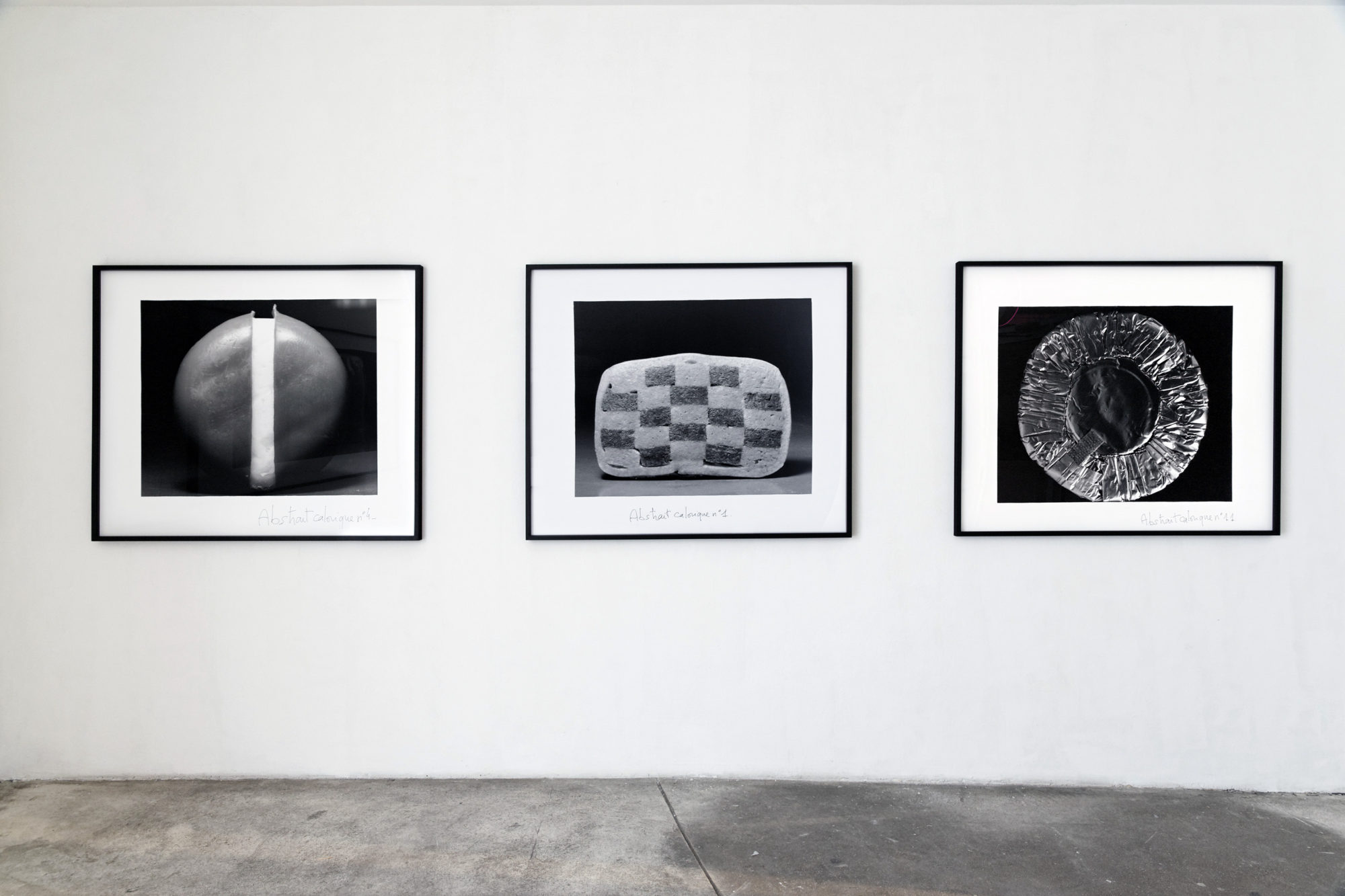 This is your ninth solo exhibition at Galerie Vallois, where you’ve been showing for getting on eighteen years. How do you feel about that?

The gallery is often my only link with the “art world”. It’s a kind of luxury being an artist in Montpeyroux, the village where I’ve been living all these years.
There’s a continuity about it that I find reassuring.
I have the feeling that as an artist, what I need is to say, “Hello! I’m here!” All the rest is just personal stuff. The problem is that to prove that you’re still around as an artist, and still creative, you have to exhibit. Ideally I’d like to have an exhibition that was just a little sign saying, “Mogarra’s great, he’s doing amazing things in Montpeyroux.” “I’m great” all on its own would maybe sound a bit facile, you at least have to show some evidence. I have the impression that all the energy that goes into my work is maybe just a way of saying I’m here. When I’m working I feel that I exist, and that way there are people to tell me if I exist or not as well.

Do you think an artist should speak about his own time?

No, absolutely not. The things that interest me aren’t primarily or necessarily to do with the visual arts. I love music, and literature – and plenty of other things; and those things often belong to another time. The only time and place that really interest me are the ones making up my everyday life, which is full of all sorts of stuff from no particular period. I spend all day thinking about my work; it’s become so much my everyday life that maybe life has lost its aura, its mystery. Not long ago I was reading interviews with Céline, the writer: according to him a good artist has to be “against his time” – if you want to be creative you have to react against a specific period. I have the impression of having gone in the other direction. When I was very young I was interested in my time, I used to read contemporary things and “express myself”, doubtless in a way that was schoolboyish and respectful of a society that would endorse or reject your version of it. But as time goes by I’m tending more and more towards the past. The values I’m interested in are not at all connected with this period: instead they’re basic moral and human values – personal values. I have no political or social vision, nothing to say about the state of things. I’ve always had a serious problem: I’d like to withdraw more and more into silence and introspection, but to communicate you have to say a lot. I have a tendency to think that what’s personal and important can’t be communicated, so I’m caught up in this endless struggle: I say lots of things in order to cover up the essentials, as if artistic creation consisted in protecting yourself and hiding behind your works and pointless chatter. And ultimately discovering that there’s nothing to say.

It’s true that you tell lots of stories in your photographs, which come with captions – or rather written texts. Wouldn’t you like to write a book?

I’ve produced very few pieces without texts, but strangely they’re the ones in which I feel I express myself best. My view of language isn’t cynical, but I’m capable of saying one thing one minute and the opposite the next. You can use captions to give the same image different meanings; what I want is an image that’s as open-ended as possible. For a long time I thought my travels when I was young were the most exciting things I’d done; I’d always wanted to write them down, until finally Le Point du Jour published Récits de voyage [A Traveller’s Tales]. After all, why not write a novel in photographs? For a long time I regarded my images as mainly photography, but now I wonder if my work isn’t just as much involved with writing. I don’t actually write, but I feel that what I do is a kind of writing, a very terse “language in itself”. I recount all sorts of things through this “photography novel” system, with the psychological side emerging more through the image. Photography only exists referentially, it doesn’t have the tangible existence that painting does. At first I used to think there was nothing to say and that all the essentials were there, in life. Art’s a tool for me, a means of speaking about life.
The Romanian poet Isidore Isou believed that physical sensations that were never given shape by language ended up being lost: that we’d end up never thinking about things that couldn’t be expressed.
It’s much harder to be extremely sensitive or have real taste than to have ideas. My work is a constant duel: what interests me is more to do with sensitivity. The questions are just there to make me work – but the work provides no answer for any question in particular.
My feeling is that the more time passes, the less I know why I work; and that a desirable form of elegance would be for artistic creation to be a gratuitous act.