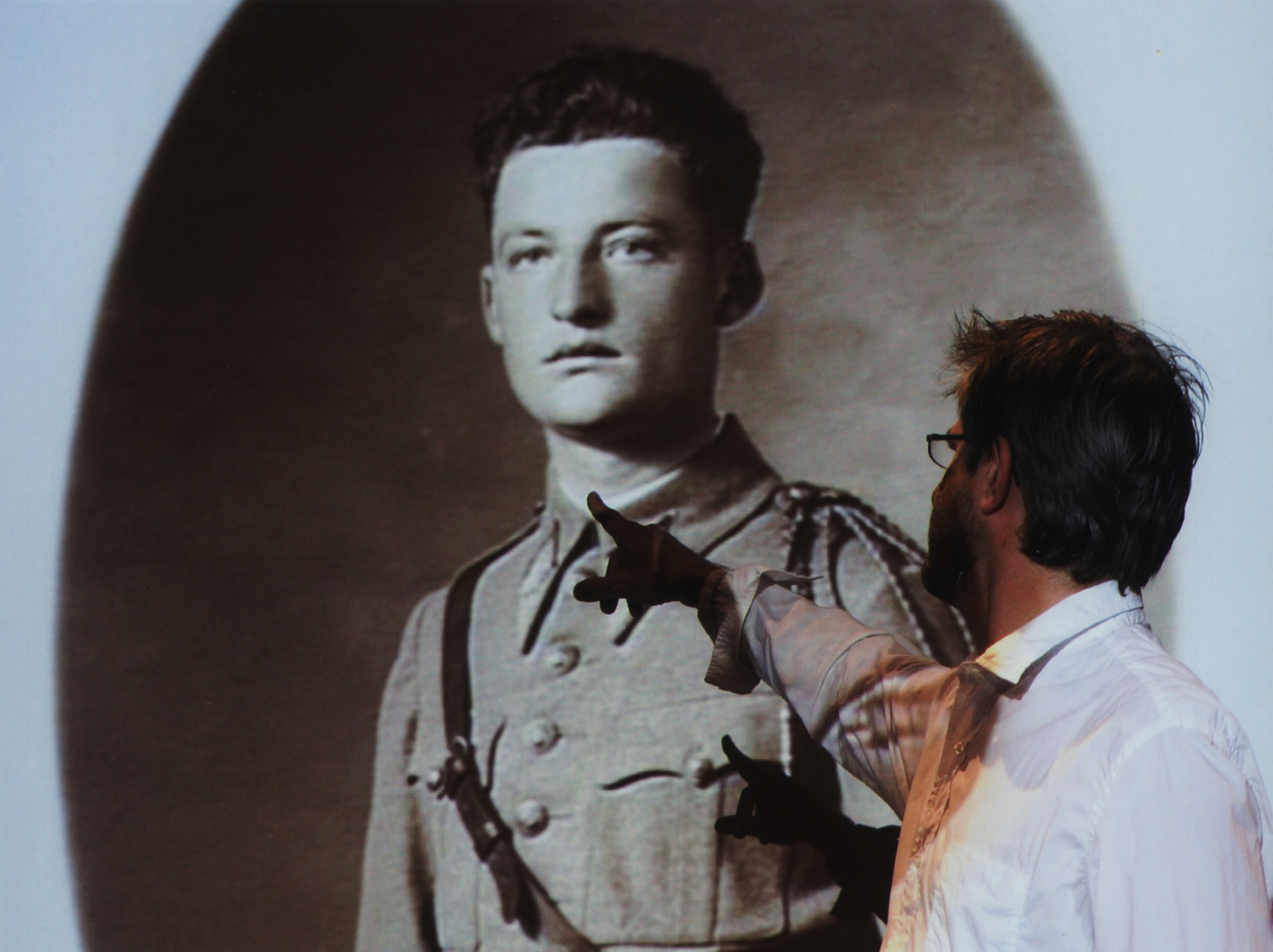 Did you start this “collection of war plates” exhibited at the gallery at the same time as your conferences on the “Encyclopedia of Wars” at the Centre Georges Pompidou?

My first conference in Beaubourg was in September 2008, but I had already started to collect quotes, war book extracts with illustrations before that, as well as other things I invented to illustrate some “entries”. A series of plates on war materials was supposed to illustrate the “Natural History” entry, which I fictionally credited my grandfather, Jean Jouannais, with. At first, these plates had an illustrative function, I did not think them as autonomous, I did not envisage their existence as objects. I very much enjoyed making them. I was trying to project myself in the work of my grandfather who died in 1945, by using documents from that period as well as a typing machine from the 1940s.

Transmission seems to be very important in your work, from your grandfather, but also from and to other members of your family, even your children whom you quote or who sometimes appear in your work…

The question of heritage is at the heart of the “Encyclopedia of Wars”. The latter actually includes a department named “Heritage Department”. This department overcomes me and overflows from a chronological point of view: I’m fiddling with a heritage I should have received from my grandfather who was never able to, and I fabricate it also for my children. By exchanging all my books for war books, my children will inherit this library without having known the other literary forms which constituted my first library.
My mother recently told me about the first book I ever made, it was a history book actually, my first “literary construction site” made of collected book extracts and images found and cut out of school books. It’s almost as if, between the age of 10 and 44, I’d had a “professional adult life”, and now that this parenthesis has been closed, I resumed exactly where I left off with this old childhood project. By making these war plates, I’m rediscovering this child’s satisfaction I used to experience when making models. I like this idea of the passing of time embodied in this childhood project and taking a more mature form without premeditation.

You were chief editor for ArtPress, you published many books (the last of which was “Les barrages de sable: Traité de castellologie littorale”, Grasset editions, 2014), you directed films about art, and gave regular conferences… What sort of relation exists between all your achievements?

I would certainly be more comfortable with giving a status, or a definition to the whole. I see myself as an “author” because of the privileged relation I have with the exercise of writing, an “author with extensions” perhaps. The war plates come to prolong my literary project of the “Encyclopedia of Wars” and acquire the status of works in themselves. It’s all about allowing yourself to do things that give you pleasure and produce meaning without thinking in terms of compartmentalisation which is often too artificial.

You used to be very attached to this idea of the “artist without works”, but now I have the impression that I’m talking to an “all-types-of-works” artist, an “all-terrain” artist!

We’re always interested in objects or phenomena which don’t resemble us. I wrote a book about idiocy because I would have loved to have been a “real idiot”. Perhaps I almost became an artist without works but all these existing works today don’t allow me to claim the status of artist either! In the realm of literature, the two authors which have dealt the most with the incapacity to write and the absence of works (Jorge Luis Borges and Enrique Vila Matas) have been or remain very prolific. This model fascinated me because it did not resemble me.

Which projects under construction do we not know yet?

There are other projects which I credit my grandfather with and which I haven’t yet produced. For instance, there is an “Energy” entry in the “Encyclopedia of Wars” which I haven’t dealt with yet. This grandfather of mine, Jean Jouannais, dreamt about quantifying the sum of energy deployed in a given battle, to sort of make out a battle portrait in kilojoules! I also can’t give up the idea that my war library, the result of exchanging my personal library for war books, is like an evolving sculpture for which I alone can see the system of interconnection at play. As I see it as a sculpture, it’s possible that I’ll find a form in which I can share this experience of the “library sculpture” in the future.