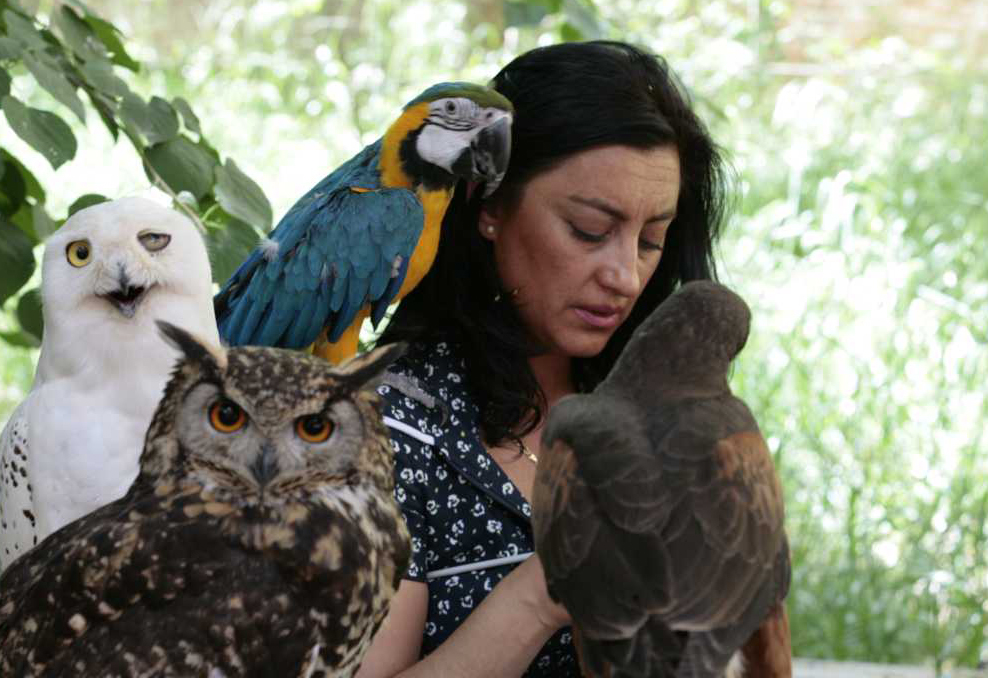 Have you been raised in an artistic environment?

I grew up in a rural environment; my parents were teachers, but during their spare time, they liked to paint or garden. They were able to convey to me and my brothers their love for art and nature

Your work is partly based on clichés around the Andalucian identity, which you like to distort. What’s your aim?

Under this “formal versatility”, there is a firm will to analyse symbolic constructions that define identity – may they be genre, social class, ethnicity or nationality. Underlying is also a desire to play with the ambivalence between submission to tradition and emancipation from normalisation. The use of stereotypes as signs characteristic of identity means that, in my work, proliferate flamencas with flounces, bulls, handicraft, traditional gastronomy and, more generally, numerous aspects of the “Andalucian man”, which, since Franco’s dictatorship, have been identified as anthropological synonyms of the “Spaniard”.

Your work is full of irony. Has it been well welcomed in Spain?

Yes, I find irony, verging on sarcasm, very interesting. I often use it to trigger an emancipatory reaction from the viewer: in my performances, my videos, my crazy dynamical objects, in my photographs, with the numerous feminine figures from mythology, from folklore and everyday life… Through laughter, I attempt to destroy the fake moralism found in clichés, to deconsecrate subjects and to fight the essentialism and its belief that identities are static concepts.

At the Théâtre National de Chaillot, you are presenting El Capricho. There, you choose to tackle religious myths…

Indeed. Questioning artistic, religious or identity traditions is a fundamental rhetorical strategy in my work. The exhibition proposition I am working on for the Théâtre National de Chaillot is linked with the project happening simultaneously at gallery Georges-Philippe et Nathalie Vallois in Paris, an exhibition entitled La Calle del Infierno (“Hell’s street”). In these two propositions, a playful aspect is intertwined with folklore and the Andalucian identity symbolism. Ancestral rituals are connected with themes of aggression and submission. The interpretation of “Caprichos” [a series of eighty satirical engravings by Goya mocking the Spanish society of his time] by the enlightened minority contemporary of Goya, presents them as a moralising work denouncing the vices “afflicting society”, but also as an instructive work. By following the same process, this project aims at exploring the conjunctions and disjunctions between two forms of comprehension of religious beliefs, result and heritage of the bipolarity between an enlightened will of illustration and a strong obscurantist tradition from counter-reformist Catholicism.
At the Théâtre National de Chaillot, I’m presenting El Capricho, a visceral analysis of my own culture and of the anthropology linked to the Andalucian folklore. Guapa!, a six-meter embroidered work, invites us to reflect on the idea of beauty, stereotypes and identity construction. In the performance-installation Autopista hacia el cielo (Highway to Heaven), the public interacts with the works. I believe in an art which questions the established conventions and which can be a source of moral and political exchange.

Yes, but it doesn’t prevent me from being open to other things. Flamenco dances and songs are an example of popular knowledge which manages to keep its authentic connection to life “through works which construct themselves while passing through centuries and poets”, as Juan de Mairena said. My interest for folklore, and for flamenco culture in particular, was and still is a way to express feelings which go beyond one particular people. There is this sentence written on a wall saying: “Prohibido el cante” (“Singing forbidden”). It gave its title to one of my works. The latter talks about Franco’s censorship and how he tried to control exaltation and critical misbehaviours of exploited classes. Pleasure and suffering trigger within the body movement and agitation of passions. The voice fluctuates in-between pagan joy and deep magma of the soul’s “black sounds”. Flamenco is my second skin, but I can have as many skins as I wish to.