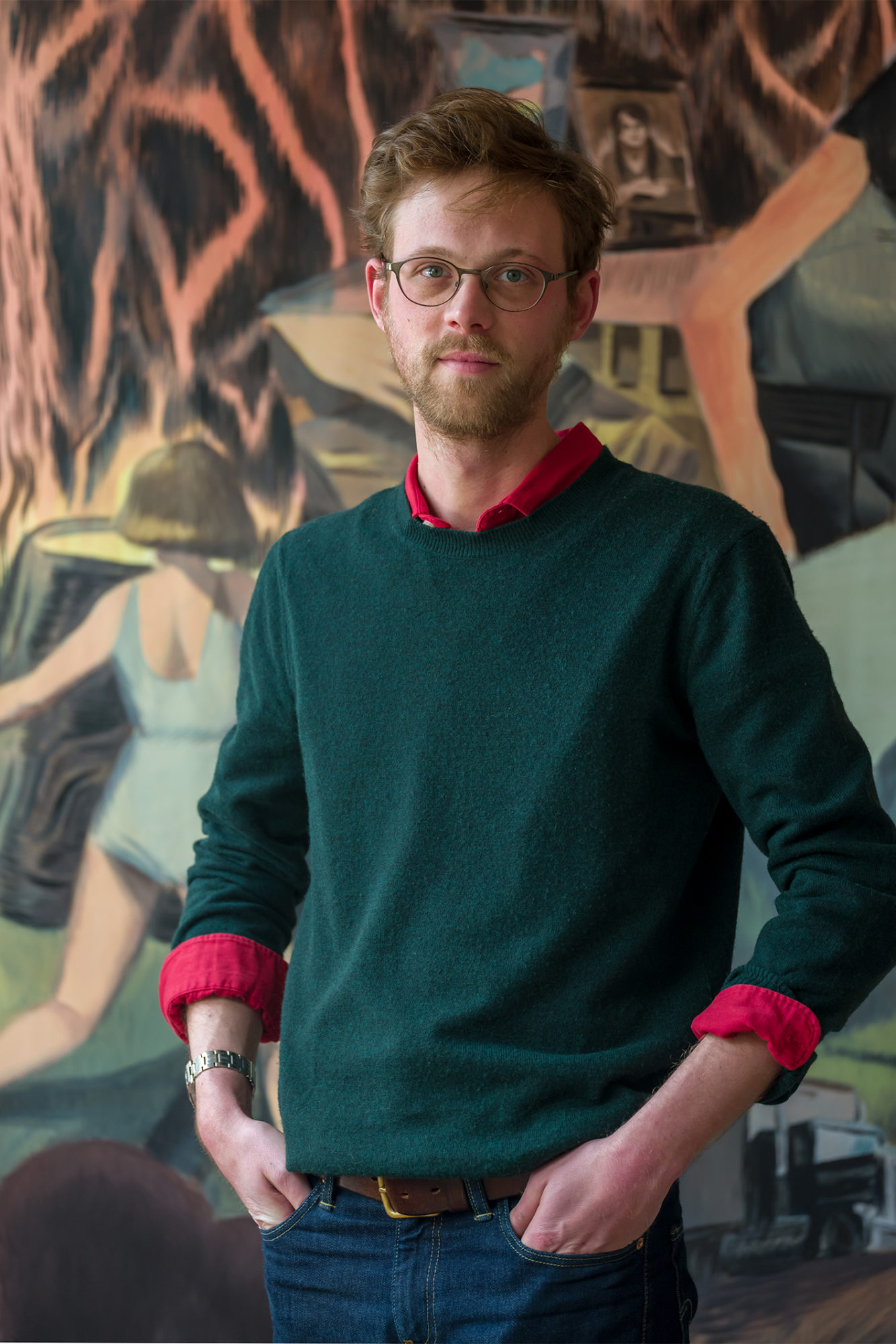 Winner of the jury’s special prize at the Salon de Montrouge in 2013, Pierre Seinturier develops an original practice, blending drawing, painting, 1960s America, and modern countryside outings. His work has been exhibited at the Musée des Tissus, in Lyon, in the Palais de Tokyo’s ‘Modules Hors-les-Murs’, and at the Galerie Georges-Philippe & Nathalie Vallois – three exhibitions that revealed the quick evolution of a promising production. Pierre Seinturier graduated from the Ecole nationale supérieure des Arts Décoratifs in 2010, from the printed images department; however, his work straddles the boundary between drawing and painting. […] He fills entire notebooks, sitting at a table for entire afternoons, and explains that his gesture is almost automatic, stemming from a mental image bank. Compositions grow quickly and organically. Song lyrics intersperse them, with a romantic tone that contrasts with the thriller scenes that surround them. Each of his images works autonomously, but beyond stated series and groupings, narrations are inevitably created. Seinturier invents and devises his creations through drawing, with great simplicity and a good deal of self-derision. […] His pictures are characterized by an extreme tension: Is a murder about to be committed, or has the crime just been perpetrated, in an abandoned house in the forest? His sources of inspiration are numerous: New Yorker cartoons, drawings by Blutch and Raymond Pettibon, as well as Edward Hopper’s prints and David Hockney’s paintings, Walker Evans and Joel Sternfeld’s photographs, which he appropriates in order to better interpret them.
Excerpt from “Pierre Seinturier”, by Anaël Pigeat, in Artpress, 2014