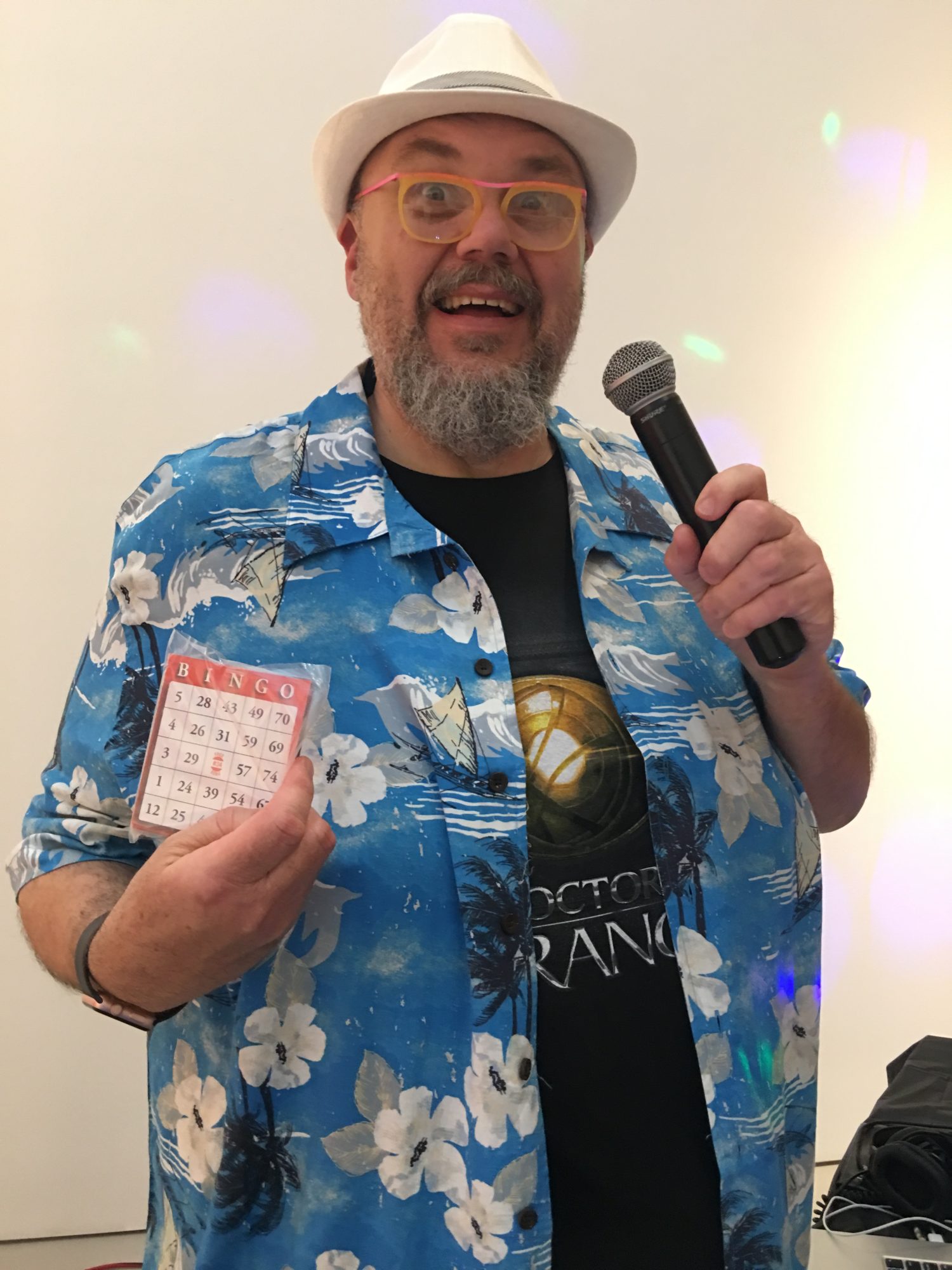 As part of the SHRIMPS collective, which he joined in 1984, Martin Kersels put on many performances in which he plays on his outstanding physique, both impressive and cumbersome. Subsequently, his activity veered towards actions which sometimes took place in the street in front of passers-by, but only really existed, strictly speaking, in the form of traces represented by films and photographs. More specifically, he could be seen falling down in the street (Tripping, 1995), falling flat on his back (Falling, 1994), getting his friends to hit him (Friends Smacking Me, 1998), throwing those same friends (Tossing a Friend, 1996), and holding them by their feet and spinning them (Whirling, 1996). With Fat Iggy (2009), the artist does a pastiche of Iggy Pop, who as thin as a rake, with bulging muscles, represents in the collective imagination the ultimate performer. In borrowing the improbable poses of the leader of the Stooges, Kersels puts himself in an unconfortable position – both literally and figuratively – with the aim of deconstructing the myth of the rock star, leaving the onlooker both amused and somewhat ill at ease in front of this body which is not altogether cut out to reproduce the lascivious swaying of the « Iguana ». Kersels produced two installations which radically redrew the boundaries separating the both performative and sculptural dimension of his work. The first, Rickety (2007), which was shown at the retrospective show of his work held at the Santa Monica Museum of Art in 2008, consisted of a dance set-stage with found furniture on which was performed on the opening night « uh! », a choreography by Melinda Ring. The second, Five Songs (2010), presented at the Whitney Biennial in 2010 and at the gallery the same year, was made up for its part of five orange, black and white modules. All these sculpture-scenes are waiting for a singer, dancer or performer to be set in motion, with Kersels completely removing himself to make way for the artists invited to make use of them. Through these two installations, he seeks to bring the body back into the gallery. He manages to transcend the relationship to the body as it is usually seen in performance and sculpture, while at the same time subtly probing the notions of author and authenticity. From Antoine Marchand, in Volume, 2013