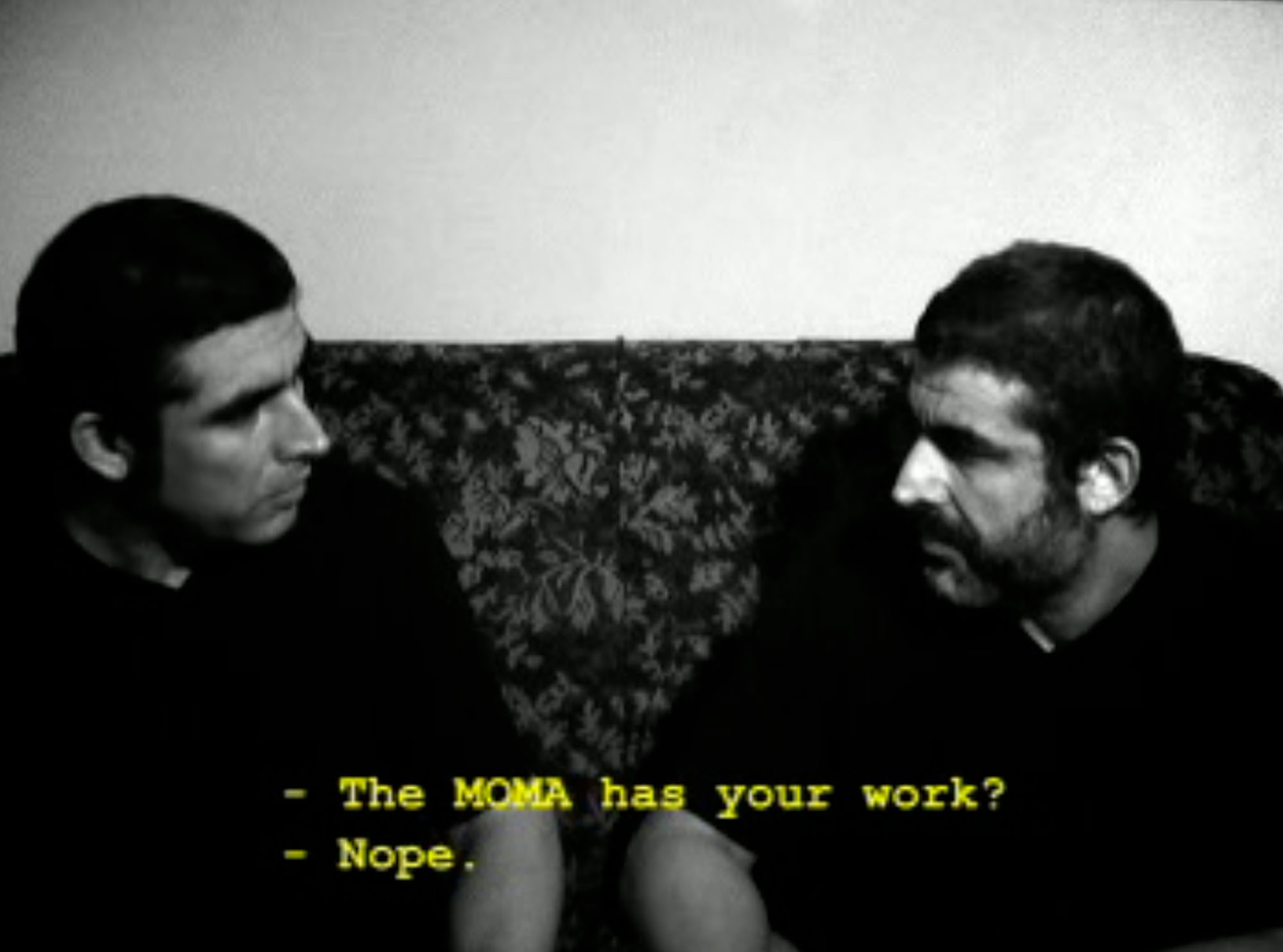 Lázaro Saavedra (born in 1964) is one of few Cuban artists of his generation who did not immigrate to the United States, and who also never abandoned the critical dimension in his work, as one of his emblematic works, the Detector de ideologías, bears witness. This device evaluates the political opinion of the person who activates it. The Detector de ideologías can give a verdict (compatible, problematic, counter-revolutionary, heretic) and constitutes in itself an audacious revolution in Cuban art and political commentary. Saavedra’s work, combining humour and poetics, translates in different forms, from drawing to sculpture, video, and in situ installations. His reflection is first and foremost conceptual: “I’m used to building works from the inside out. What does it mean? It means that I try to work on an idea, to reflect on it, and then I find the best way to express it. It doesn’t matter if it ends up being a drawing, an installation, or a painting; my work is rather varied, in a morphological sense.” Two series are particularly representative of this spirit and of the artist’s capacity to adapt to the social and economic reality of his country. In the 1980s, while still a young artist, Saavedra produced a series of works on paper, small drawings full of schoolboy humour, sometimes even black humour, where for the first time one of his recurring characters appears, a male figure with big eyes whom he stages in his collages, gouache, and ink drawings. He presented this series for his thesis at the ISA (Instituto Superior de Arte in Havana) in 1988. He was only able to get this series back 27 years later, and re-titled it Añejo 27, the way we would name a rum to indicate its age. He published a catalogue reproducing the drawings exhaustively and has integrated them in many of his exhibitions since. During the Special Period in the 1990s, after the fall of the Soviet Union, Cuba became completely isolated in terms of trade and a massive economic crisis affected the population, Saavedra produced a silent but ferocious exhibition: Sponsor. “I was leafing through a German art catalogue and I suddenly realised that half the pages seemed to be covered with advertisement. I asked around to understand what it was about, and someone told me that it was the companies that sponsored the exhibition, the catalogue, etc. I decided to ask several companies to become patrons for my next exhibition. And what was I going to paint? Their logos, and I was going to do it in the Beaux Arts style: oil paint on canvas. The catalogue would therefore function as an art work. De facto, when an exhibition ends, the catalogue is the only thing that remains and it becomes a sort of virtual exhibition. I was interested in displacing this idea: 500 catalogues were published in a limited edition. I was displacing the logos: they were not relegated to the end pages but became the very protagonists of the catalogue.” Aesthetically, the exhibition recalled the great Pop Art years – “Something mundane enters the category of ultra-aestheticism”, Saavedra observed. The contrast with the Cuban political reality then, only added irony to the project. Although he is one of the most famous Cuban contemporary artists today (in 2014 he received the Premio Nacional, the highest artistic distinction in Cuba), the dissenting character of Lázaro Saavedra probably prevented his work from circulating abroad. Therefore, despite his participation to major international biennials (Venice and São Paulo) and his presence in prestigious foreign collections, his work is still vastly unknown in Europe. The Relación Profesional video from 2008 illustrates this in an efficient and humorous way, by showing the artist mocking his own lack of visibility while still demonstrating a pertinent understanding of the mechanisms underlying, for its most part, the art world.