Lives and Works in Chicago (USA) and Paris (France) 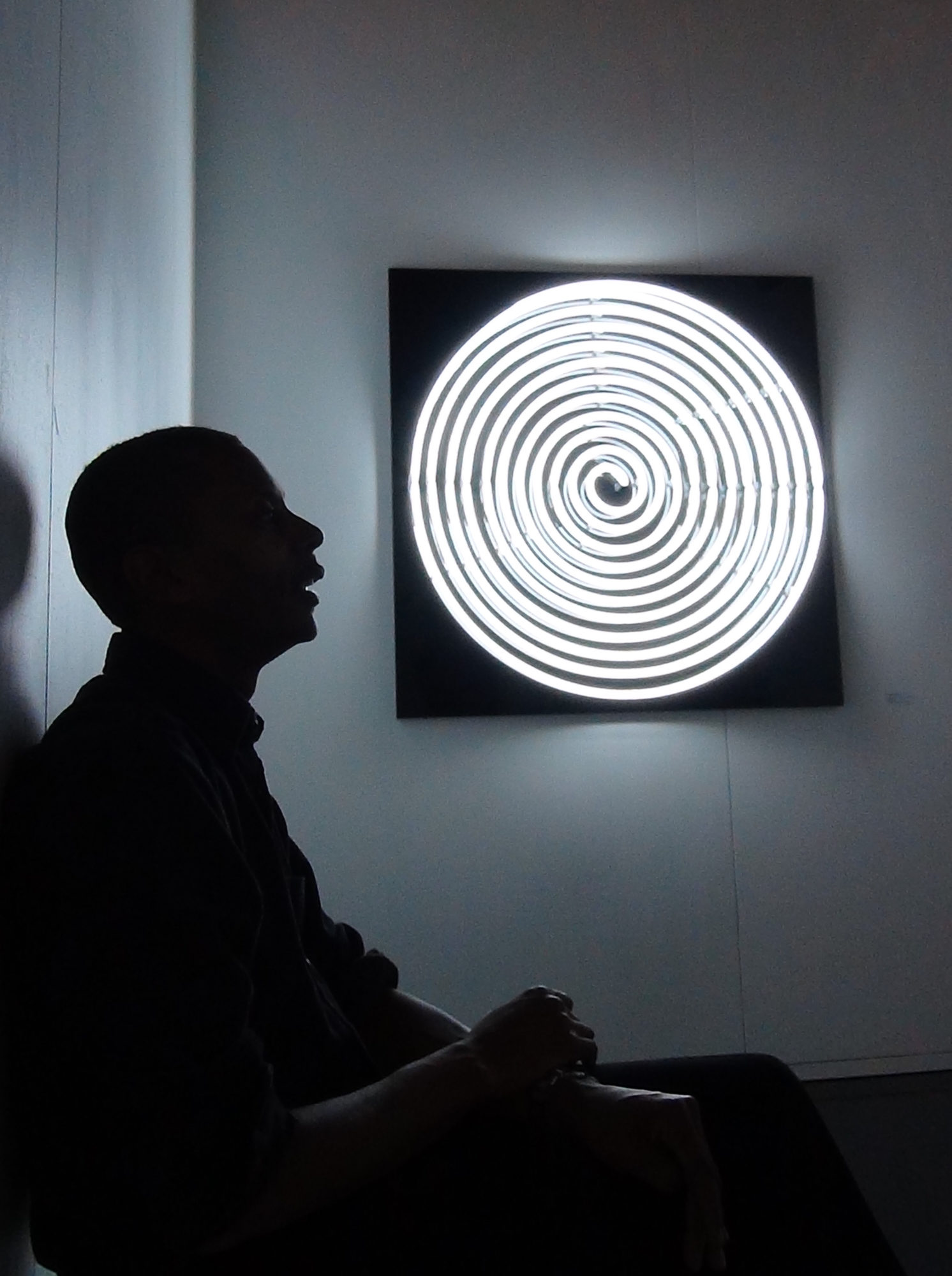 Jeff Mills is a leading figure in the history of electronic music. Born in Detroit in 1963, he was not even twenty when he started airing six radio shows a week in his hometown. At that time he mixed New Wave, Industrial Music, Electro-Pop, Detroit Techno and Chicago House. In 1988, he entered into music production when, together with Tony Srock, he founded Final Cut. He left in 1990 and along with Mike Banks – another leading figure on the Detroit scene- set up the mythic label and collective: Underground Resistance. However wanting to go in his own direction and develop a more personal esthetic experience, he created his own label “Axis Records” in 1992 and also collaborated with “Trésor” in Berlin. In performance Mills’ music is minimal, obsessive and percussive, however to complement this he also develops a sound that is more atmospheric and melodious on CD or single, this music is closer to symphony music or music from a film. Since 2000 Jeff Mills’ work has combined image and sound. That year he composed an original music score for the sound track of the film Metropolis by Fritz Lang, which he presented at the Centre Pompidou in Paris. In 2001, during the Sonar festival in Barcelona, he exhibited an installation Mono that was dedicated to the Kubrick film, 2001, A Space Odyssey. In 2004, the first DVD from his label Axis -The Exhibitionist- marked the beginning of his foray into video production; at the same time Pioneer provided him with a new machine that enabled him to simultaneously manipulate images and sounds. Henceforth Jeff Mills’ events, like the one for “Nuit Blanche 2004”, became a new and unique type of performance, very different from those of a traditional DJ or video artist. This complex artist plays with and has created a hybrid style that mixes together sound, vision and physical experiences. In 2005, when MK2 proposed that he compose and edit a sound track for Three Ages, 1923, Buster Keaton’s first feature-length film, the artist created a series of six video works that were first shown at Galerie Georges-Philippe & Nathalie Vallois in Paris and then at “Rendez-Vous Vidéo” at the Museum of Fine Arts in Rouen. Influenced by the idea of the fragmentation of the body and the gestures of Buster Keaton, Jeff Mills created his own musical score. He uses images as a database upon which he draws in the same way that he models his musical repertoire. He continued this with a new series of works based on Joséphine Baker, presented at an event organized at the Grand Palais during Fiac 2005. That same year, Mills played in remarkable concert with the National Orchestra of Montpellier, which under the direction of the composer René Koering, combined symphony music with electronic music. In 2008, he presented the video installation Critical Arrangements at the Centre Pompidou as part of the exhibition Le Futurisme à Paris : une avant-garde explosive. In 2009, the Cinémathèque française initiated a collaboration with Jeff Mills, proposing for him to create a soundtrack for Cecil B.DeMille’s silent film The Cheat, as well as for some Eisenstein’s movies. The collaboration continued in 2011 with Fritz Lang’s La Femme sur la lune. While continuing his public concerts and multiplying his musical production, Jeff Mills is also involved in the process of creating new visual works whose multi-facets are deeply anchored in our time.