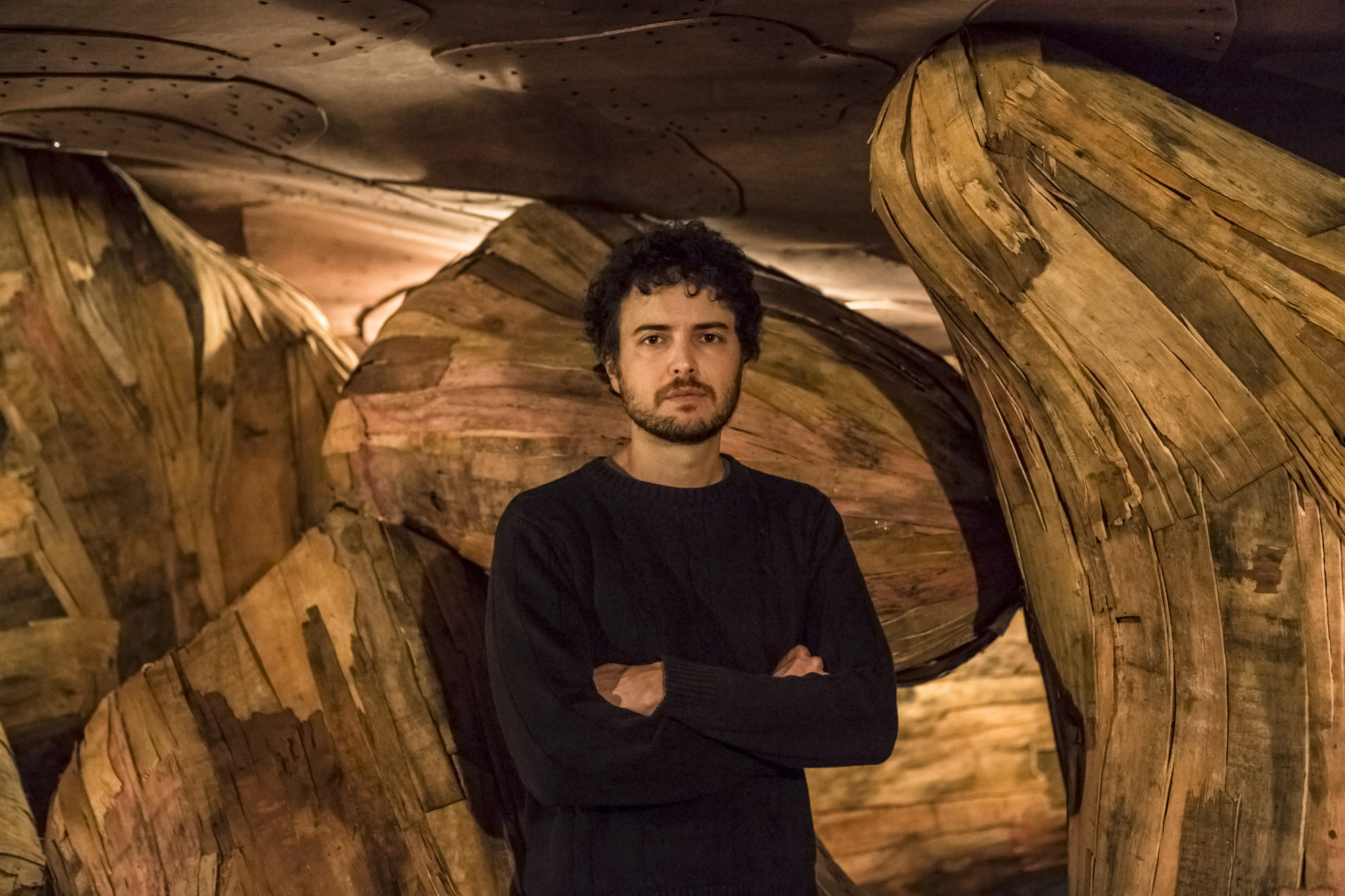 The Brazilian artist Henrique Oliveira (born 1973) transfers the dynamic decay he finds at the borders of his native São Paolo to the very heart of Paris. Working with painting, sculpture and installation, Oliveira unleashes a vibrant series of organic (almost parasitic) forms, textures and colors. He combines the very flesh of his native city (through the use of found wood scraps) with a wide spectrum of art historical and scientific references. (…) The Penetrables that Oiticica exhibited at London’s Whitechapel Gallery in 1969, at once a snapshot of Brazilian favelas and a cohesive development of Color Field Painting, were vivid environments in microcosm. In much the same way, in Oliveira’s work, “gestures become landscapes,” he says, or “fluid environments, little universes inside other universes.”