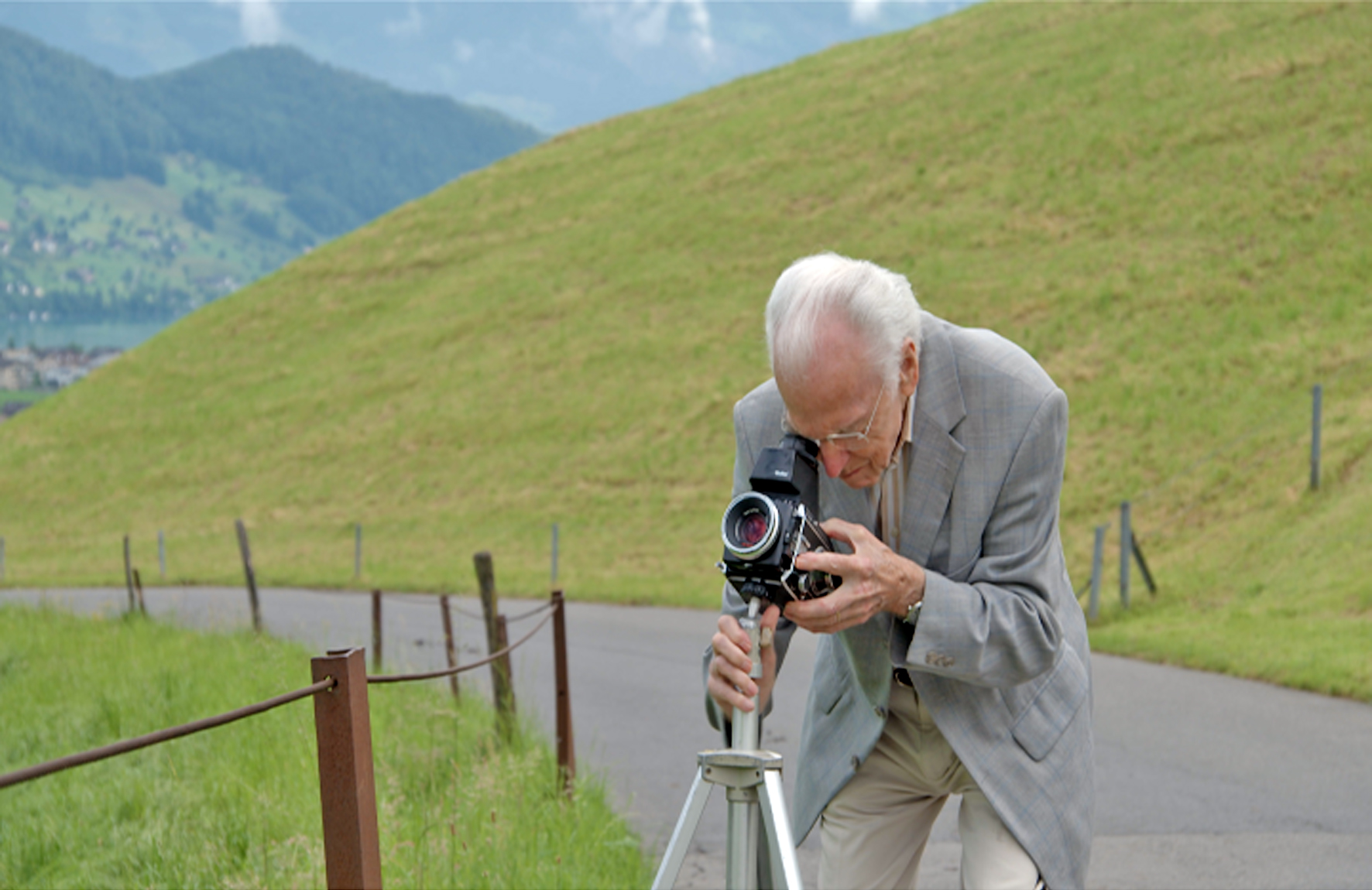 From 1948 to his official retirement in the 1990s, Arnold Odermatt was employed as a traffic policeman in the little Swiss canton of Nidwalen, where he still lives. Surrounded by mountains and next to Lake Lucerne, this beautiful and isolated location has been both the subject and the setting of hundreds of photographs taken over the years. They show car accident, airplanes being shipped to the Transport Museum, colleagues at work, and family portraits. Odermatt took these photographs to document his written reports, but also for himself. While essentially being an amateur who used to carry around his 6×6 Rolleiflex, Arnold Odermatt’s large corpus of work can easily be seen in comparison with internationally recognized artists such as Bernt and Hilla Becher or Martin Parr. One day, the story goes, Harald Szeemann turned up at the little canton police station, saw the photographs on the wall and decided to exhibit a series of these accident shots at the 2001 Venice Biennale.