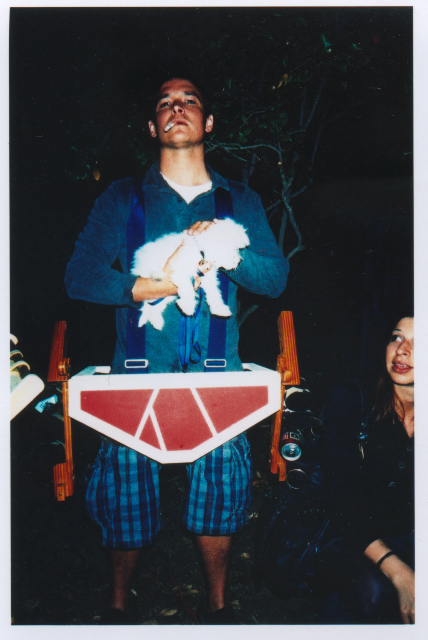 Adam Janes’ works on paper mix collage, pencil and watercolor. They are populated with funny and recurrent characters such as “Johnny Jump Up“, and, inspired by the American popular imagery of the 19th and 20th century. Figuration and abstraction tangle up in this skillfully complex and studied composition captivating the eye. The characters have the faces and self-assurance of comic strip heroes – except that they’re rarely finished, being caught in a escalating swirl of fragments and colours; in an intense magnetic whirlwind that scoops up everything in its path and gives the result an oblique, non-narrative coherency; in interacting accumulations that don’t exclude separate harmonies defined by the edges of the paper. Adam Janes lives and works in Los Angeles. The city and the art scene influence him through abundant, magnetic, noisy and multicoloured flux, which fills up his works and the walls of his studio. Exhibited at Roberts and Tilton Gallery in Los Angeles, Adam Janes is also in the collection of the Museum of Contemporary art in L.A. and in those of the Los Angeles County Museum of Art.