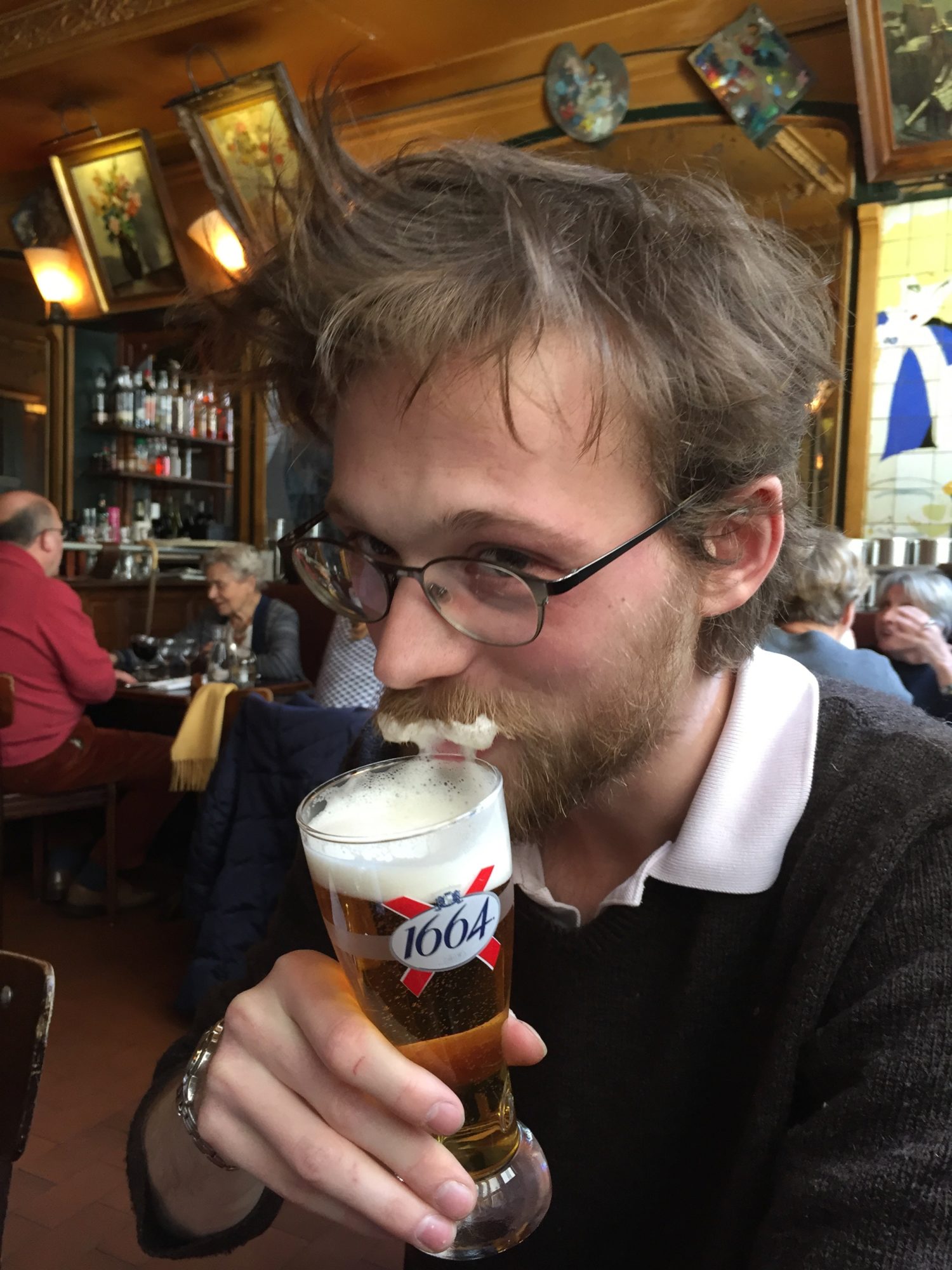 All your works are « paintings » (you seem quite attached to this term) where landscapes are found here and again, where characters sneak into them sometimes, and where there is a strange and worrying feeling of expectation. What is the hidden script?

The script only works at certain times in the creation process. At the beginning, I have in mind an environment, a model décor: a forest, a lake, a clearing. I take full advantage of this context, each painting is an independent image, but can also enter into dialogue with the other paintings. There is not a single underlying idea, but variations (three or four): some are close to film noir, others to the absurd, some are even pleasant visions. Put together, these variations create simultaneous crossings, superimpositions, like parallel universes… but all this gets created as I go and is not planned in advance.

Do these paintings find a source, an inspiration in your numerous sketch books?

I first have an idea of an atmosphere, of colours and of touches of paint in a décor; characters are then added, and things start happening. Topics depend on the décor actually, just like a scene from a play or a film.
Each of my paintings has a title. It’s both a catch phrase, and a potential second reading of the work. The title is often in total contradiction with the image, it can be the title of a song, but also taken from very personal life events.
I start painting directly without any preparatory sketch, I often have no idea of what will happen and I let myself be guided and bounced around by the unexpected. Likewise in my sketch books, I let myself be guided by my pen or my pencil. I mostly draw from memory, by improvising, and sometimes these ideas develop into paintings. Paintings are like snapshots, a synthesis of my sketch books, often quickly executed on the spot. I would like this abundant essence of the sketch books where texts and drawings are intertwined to become more readable.

Have you always painted?

I have not always thought of painting at first. From my training at the Arts Déco, I was perhaps more intended to become an illustrator or a cartoonist. But my constant practice of drawing quickly triggered a desire for diversity, for changing scales, colours, outside any commission or any illustration. During my fourth and fifth years of studies, I started painting and I was able to take the drawings out of the sketch books and to play with the weight and credit given to Painting.

How does one play with Painting at the age of 25?

When drawing incessantly, automatically and almost all the time, it gives me the feeling that I draw myself. Locations, moments, any daily inspiration is subject to amplification, deformation, aggravation or softened; in a rough way in the sketch books, and more elaborately in my paintings. The influence of humoristic drawings is very much present, but also paintings from the 17th and 18th centuries… An “unconscious” heritage I wish to both pay homage to, and to disrupt, whilst still adding my own contribution. I still don’t have enough critical distance with my work, but with time, the form will probably change quicker than the content. My work and its universe is fed by my own experience, but like a composer who is accompanied by different musicians for a new album, I will certainly want to present something different in the future.