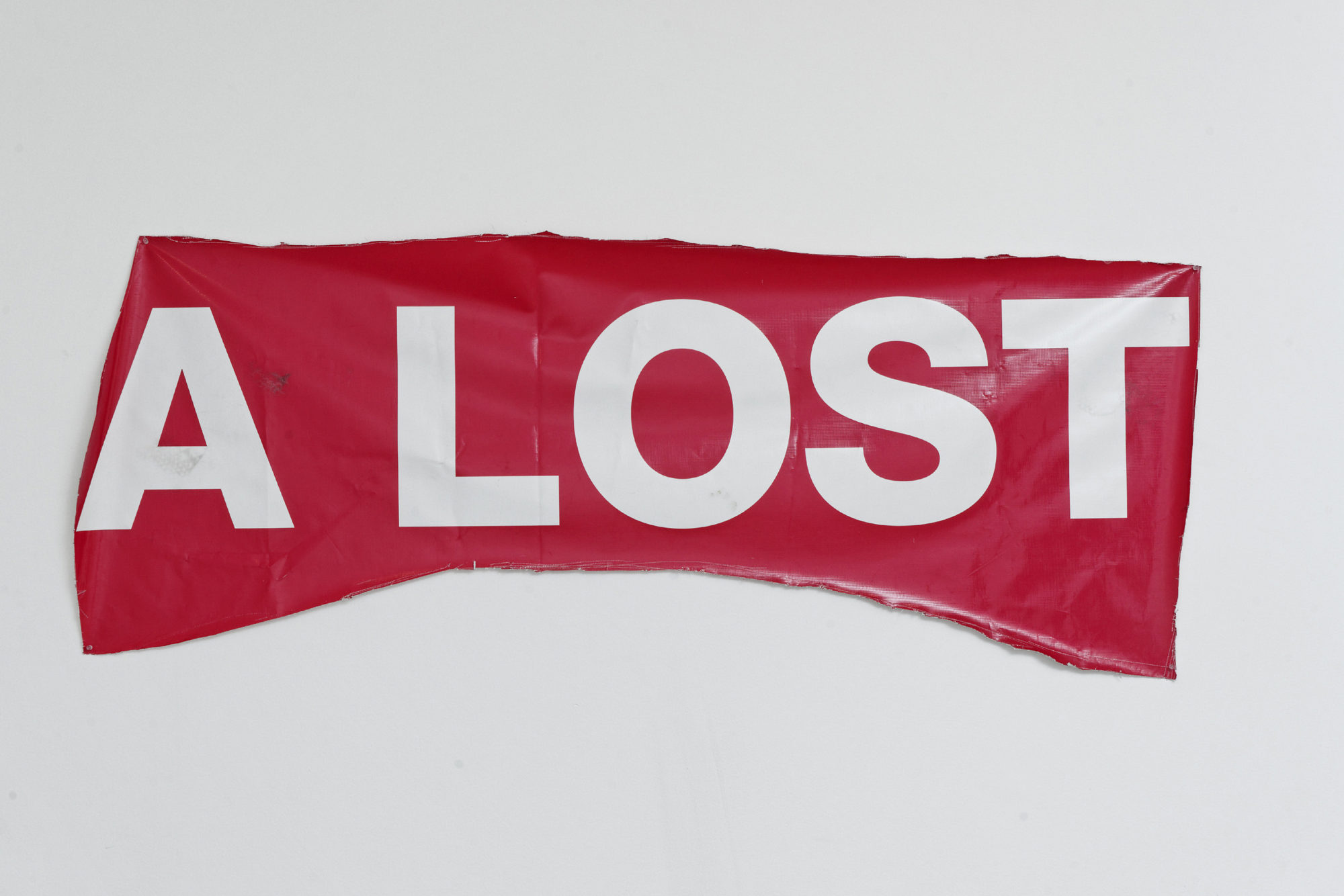 You two know each other from San Francisco, when and where did you meet?
PK: I taught at the San Francisco Art Institute for 30 years, and during some of those years, I have no idea when, Julien came, for a year or two maybe…
JB: 6 months!
PK: I remember being impressed with one thing. He had some formal training before obviously. And you could tell because he could move from material to material with ease, a certain facility. It was always my contention when I was teaching that if you had good formal beginning somewhere, that you learned the grammar, then with the formal training (timeliness, scale, composition, colour, etc) you could in today’s world move from material to material with ease. Julien seemed to be able to use many different materials, including steel and welding, which I can’t do, even fish, which I have used, etc… So it’s a combination, once you’ve learned the basics, you can with ease move to other materials.
JB: I think we met in 1997 or 1998, I’m not sure, one of those years. And I did come from a very different training, which was Beaux-Arts in Paris, where we were much more into concept as a general thing. When I came to San Francisco, there was this amazing thing about reaction to things, to places, to situations. There was a way of discussing which was also very interesting. You had set up the classes where the other people would speak before the artist.
PK: Yes, my teaching methodology was to have the artist/student present the work but not talk about it until the rest of the class had spoken, because we don’t want to talk about the artist’s verbal intentions, only the art.
JB: And the work must stand for itself. This was something completely new. I found recently this paper that you gave at the beginning of the class with many important ideas, and one of the sentences that keeps coming back to my mind, and I wanted to ask you exactly what you meant, is this: « Prefer art that is rather than art that is about. »
PK: Good art I believe is a noun or a verb, it’s not a preposition, an adjective, or an adverb, like for, with, but, about, etc. It must be a noun or a verb, or an infinitive like to shove, to stand, etc.
JB: What I see is what I would term an « art of reaction », a type of awareness to things, to different elements: physical, political, landscapes. Everything can be a starting point for art, and it ensues that art comes into this world.
PK: Found object, found situation, found event, found something, leads to the work. For me, I can find a material I like, and then I need to find a use. Or I find an object I like and I have to work a situation or a site. I think even more recently, just because of public/outdoor art and some experiences with invitations to shows, I try to respond to the found situation, with sometimes utilising materials indigenous to that site.

Both of you have a relationship with found objects, but in a different way. Both of you use humour, poetry, music… But Julien has maybe more a political…

PK: Some of my pieces in sound are what I consider to be an onomatopoeia of the sound, like one of my very first audio pieces was Mar, Mar, March, which is made with the sound of a typewriter when typing the letters: MAR space MAR space MARCH space. Some of these pieces often are like that. They’re generated by the material that made them. And every once in while, I have one odd one, like the yodelling one, which unfortunately is not easy to listen to, because I can’t sing and I can’t yodel. But I try.
JB: I think we’re still going back to this idea of reaction, everything can be a material. When you use the sound of the typewriter, it’s a material. For me, when we talk about politics and society, it’s always talking about context. I do a lot of pieces which are inscribed in a certain reality. They behave within this reality.
PK: When I see your work, you build a situation which is inscribed within a certain kind of logic, and which must maintain that logic within that situation. And that’s what I think the viewer gets, a kind of worldview, even if it’s absurd. But once in it, it maintains that logic, it’s consistent.

Drawing has a very important place in your work Julien. But for you Paul, drawing is more like a laboratory…

JB: I would say there is something of a laboratory in my drawing too. Each drawing is an idea. I’m not looking for a kind of skill or emotion. There is emotion of course, but it’s mainly about an idea. And I want to convey this idea as deeply as I can. Sometimes it becomes a piece, sometimes it doesn’t. My drawings are always made on this A4 mundane piece of paper that you can find everywhere. So it bears this idea of something you found just there, where you wrote down an idea. I think they exist by themselves, but they’re also part of a general thinking process. You could put them next to each other like a project, comments, play on words. It’s a general background and a permanent action going on.
PK: I do drawings as a way to visually quickly put down the idea. So it’s either written sentences or a quick drawing. They often are on gum wrappers and napkins in restaurants, therefore I don’t treat them well. But sometimes as a final result, I do models, if I’m not able to realise a project.

Paul, do you consider the show here in Paris as a large and specific introduction to your work to a French audience, or/also as a “mini” retrospective?

PK: Well, it is a “mini” retrospective from 1968 onwards! There are a couple of pieces that I would not have put in New York or elsewhere, and those are the ones that are specific to pétanque, because this is where the game was invented, and I’m a true addict. And on this trip, I haven’t won a game on French soil, so I’m very disappointed. I came here in Paris in 1995 and saw a very good exhibition at the gallery Jousse Seguin called Furniture-sculpture/sculpture furnished (Pièces-Meublées), where they had 1930s, 1950s furniture along with art objects, a Lawrence Weiner painting over a couch for instance. And I loved the idea so much that I went home and did quite a few pieces based on furniture-sculpture, including the Emboss pieces which you’ll see in the gallery, where if you seat long enough in a chair, you leave a print on your thighs, and you walk away with it. And I tried to do it in a 1920s, black and white, French style.

Is there a framework through which the viewer should “read” both your shows?

PK: No, instead, what I’m after, is that it should be very experiential. That moment is the present tense when you visit the piece. It’s not necessarily about the past tense, it’s really present tense. It’s also visceral, there must be a feeling of “you’re here now” and it’s effecting, like scratching your nails on a blackboard.
JB: I’m presenting this piece called A Lost, which was actually made a year and a half ago when I was invited by Paul to participate in a show in San Francisco. It’s a good example of what we’re talking about. I was walking on a street, wondering what to do and I found this big ad for Bay Alarm which is a company selling private alarms. It was white on red, with a huge statement: “Making thievery a lost art”. And at that time, I was also working by doing outdoor actions that were illegal. I knew it was an ad, but still I thought it was addressed to me directly. Looking at this ad, I decided to go up and steal “a lost”. So what you have in the show now is a sort of conceptual thing playing with text, which is just that piece of billboard. And facing it, on the other wall, is the result, the result being “making thievery art”, a photograph showing the remaining billboard. One responds to the other, one justifies the other. Now, the ad justifies the piece as being art and the gesture itself.
PK: What he did is a felony in the United States, since it is over $600, he could go to prison, or be sent back to France. What is nice about the piece, is that it’s better than graffiti. Graffiti is an additive, this is subtracting. You stole something, you were a thief, you took away, and it’s so much better than graffiti.