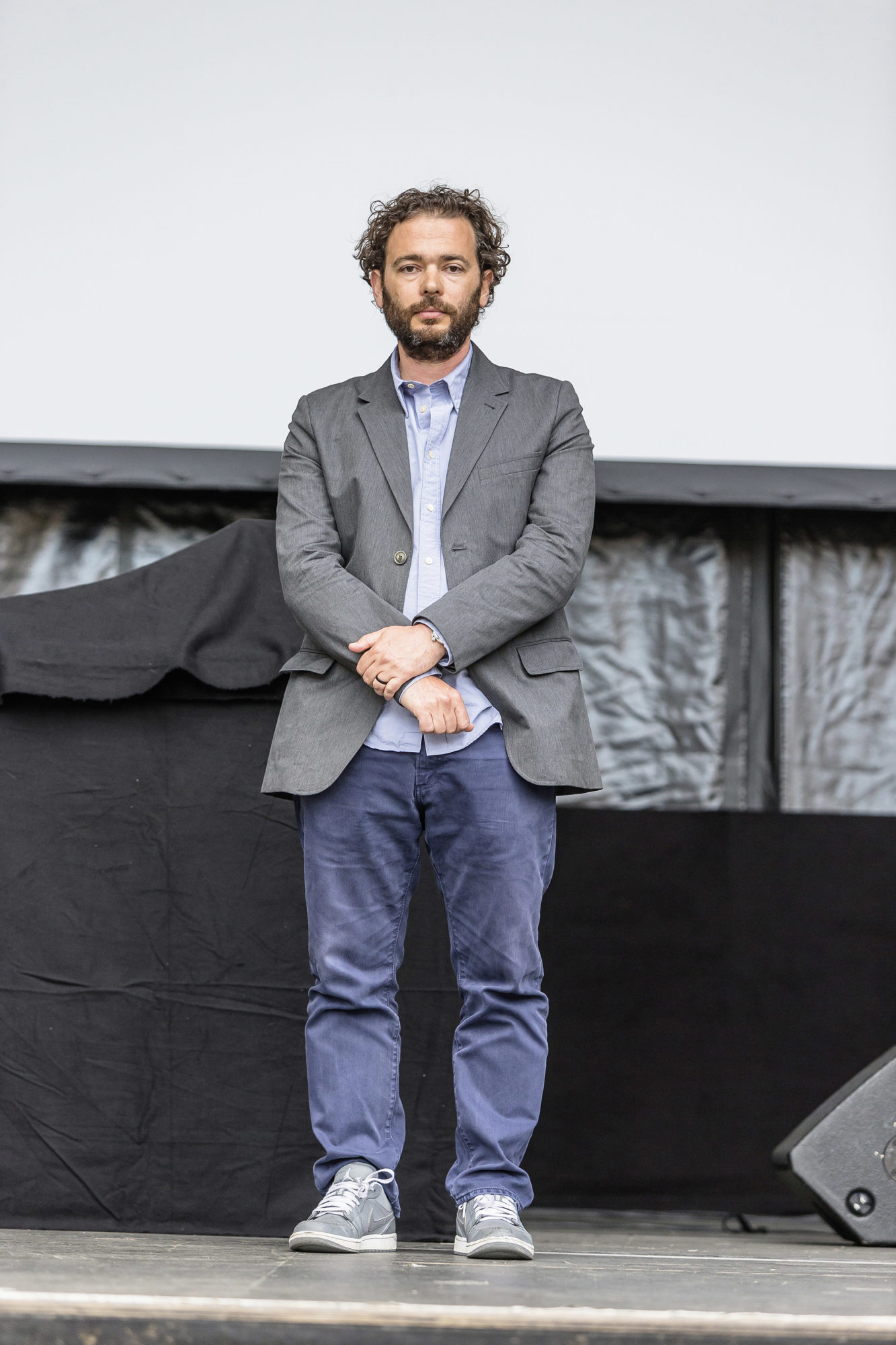 This new solo show is much different from the previous one entitled “Les Continents incontinents” (2009), in which you had drawings, sculptures, and even a performance on the opening night. The exhibition “Perroquet” is replete with images, and has more direct links to painting.

Julien Bismuth : Even if this exhibition is different, there exists a similar relation to text, action and performance. In my previous exhibition, I was looking for a way to create an object that was not only an object, but also a tool, a trace, a metaphor, or an allegory in relation to a text or an action, or even to a text dictating an action. For the exhibition « Perroquet », the relations between things are more discreet. I leave more space for the objects to be shaped by the viewers’ own interpretations, my own discursive constructs are less apparent. The works are thus kept more or less unfettered, and this provides them with a subtle yet decisive “performativity” of their own.

Why did you choose to title this exhibition “Perroquet” (“Parrot”)?

“Perroquet” is first the title of a video shown in the exhibition, which then became the name of the exhibition. I chose the title, because a parrot is an animal that mimics and thus re-presents. I have worked a lot on expression, gestures and the involuntary mimesis that is sparked when, for instance, you smile at someone and they smile in return. In the video, you see a woman watching a film that is kept hidden from the viewer. All you see of the film are its colours reflected on the actress’s face, and her expressions echoing and translating the action of the film.

If the image is central to this exhibition, what we encounter are very different types of images. Can you describe them for us?

I decided to work with the three different types of images. The first is the video, which is an image that evolves in real time, and one that reads as the reflection of another image. Then there are the overpaintings. I regularly visit second-hand bookshops to collect books, and I use them to make works on paper. For this exhibition, I extracted black and white illustrations from an old book about a Bolshoi ballet dancer. I altered the photographs using white paint. White is not really a colour but it hides parts of the image while keeping a trace of my own gestures, which then read in dialogue with the movements of the dancers on the page. Finally, there are the silkscreen paintings, all of whom are titled I cannot see what I do not want to know. I wanted to work with images of clouds, smoke, and fog, which are all artificial kinds of smoke, and traces of an underlying violence or disaster (an explosion, a protest, an environmental catastrophe). These images have been collected, reframed and transferred on silk screens, and then printed on the wall. Appropriating found images is not by any means a new or original procedure that is part of what I liked about it. It is an unoriginally unoriginal procedure. The only difference is that I conceive of these images as being cited, like quotations, meaning that I only take part of the image, and I completely decontextualize from its context or referent. It’s a difference of denomination rather than of essence.

There is a pictorial attitude in the series of silkscreen prints. Not only is the image technically transferred, but it can also be transferred from one place to another by its owner.

The work is composed of the silkscreen and its image. The screen consists of an aluminium frame and a woven mesh, on which the image is printed in negative. The screen is then used to print a positive of the image, in this case, directly on the wall rather than on a canvas or piece of paper. Though the screen allows for a quasi-infinite reproduction of the image, I’ve decided to restrict its potentiality: the person who acquires the work is invited to exhibit both the screen and its image, which can be printed only once in a given space. This is a violent constriction of the very process of silkscreen printing. It is also important that the image has to be printed directly on the wall. Andy Warhol used silk screens to print on canvas; the flaws of each reproduction became the unique aspect of each work. In this series, however, I wanted to make a neutral and reprintable image: if a person wants to move the work, he/she can use the screen to reprint the image, but they have to paint over the first print. In short, this work is a mural that will be able to change location all through its life.

Alongside the works we just discussed, there is another, more discreet series of works in the exhibition. I am not sure whether to call them objects, interventions, or even poems. How would you describe them?

This series of objects is the continuation of another series which I started a year and a half ago and which I resumed for the exhibition at the Ferme du Buisson (Noisiel, France). These objects aren’t explained or assigned meaning or purpose. They can be a response to an artwork, an experience, or an encounter. They are sometimes things that I’ve seen and replicated in my own way. Instead of explaining these works and assigning meaning to them, I leave them to be read solely in relation to their titles, and, in certain cases, the instructions for their manipulation. The titles of the objects in this show involve a deliberate back and forth between French and English. For instance, one of these objects (an envelope flap that obtrudes from the wall) is entitled “Pli” in French (which means “fold” and “letter”) and “Ply” in English. In response to these works, I am also working on a series of texts which are only linked to the objects by their titles, but which will remain autonomous. They will take different forms: for “Pli /Ply” for instance, there will be 90 texts written during my residency last year in Brazil about things I observed during my stay. Like Duchamp’s notes or Jean Arp’s poems, these texts do not seek to circumscribe or explain the visual work whose title they share. Instead, they extend its concerns into the space of language.

This ensemble of texts will be published in September 2013 for the second opening of the exhibition of Le signe singe in collaboration with Virginie Yassef at the Ferme du Buisson (Noisiel, France) on October 27th, 2013.