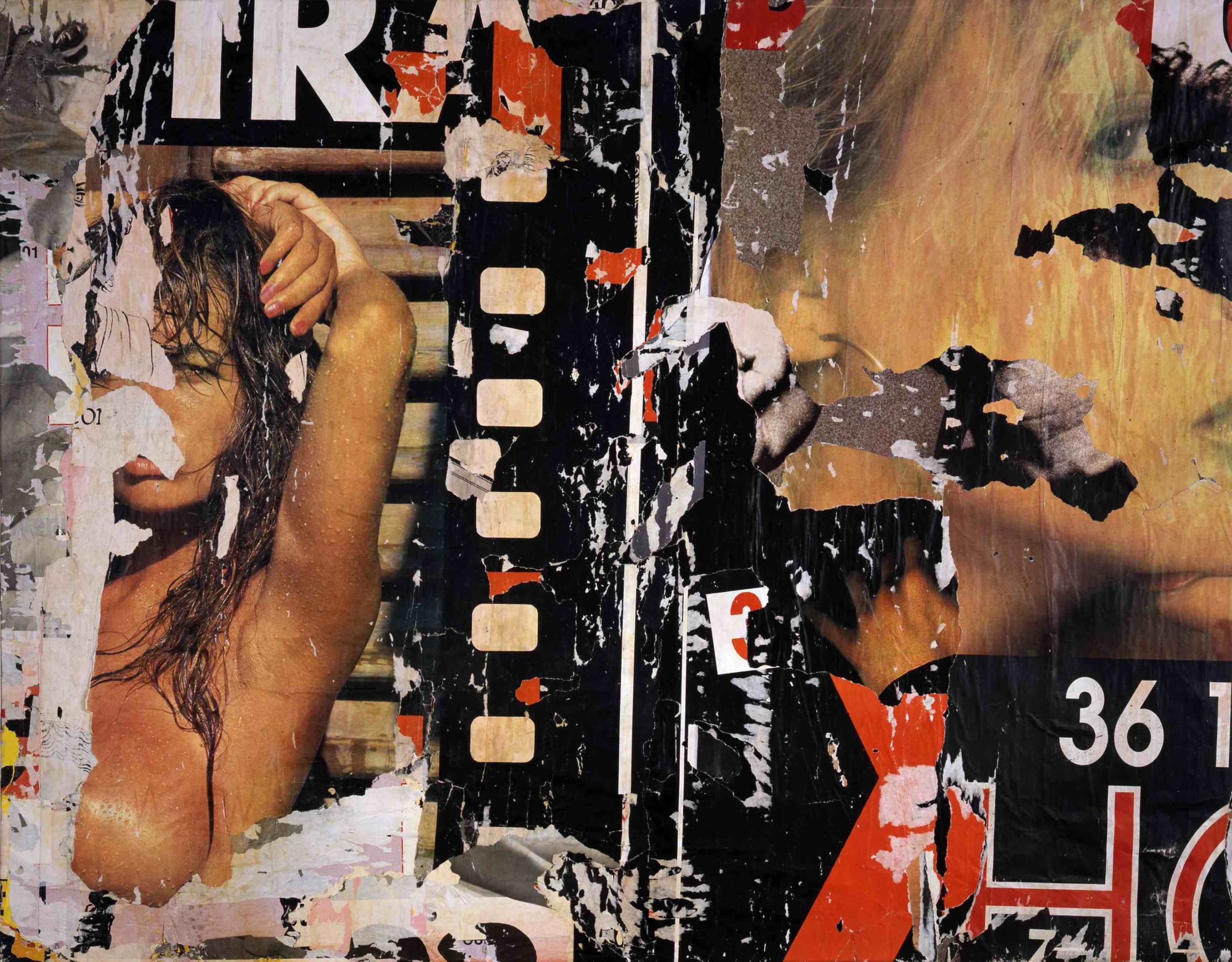 Does the Minitel Rose* series have a special meaning for the Lacéré Anonyme?
The poster I choose is a surprise at the corner of the street. Sociological Art Historians will certainly be interested in it. Goya did not give an explanation for the evolution in his style.

How did you perceive the artistic and societal context in the late 80s when these posters emerged?
Everything was at a stand-still; nothing was happening. If I remember well, twenty years ago, a critic had titled an article “The End of the Isms”

These works, in 2019, do you find them subversive? the context 20 years after their creation has changed a great deal … How do you perceive it?
I would rather speak of emotional release rather than subversion. In the twentieth arrondissement, I saw some posters of this kind. The construction fencing and partitions were quickly cleaned by the mayor of the arrondissement. “Young, Gay and Shameless” …

Georges-Philippe has proposed this title … what did you think of it?
A humorous provocation.

This exhibition marks the 20 th anniversary of collaboration with the gallery. What does it inspire in you?
A regret to have seen the end of the illustrated poster and with the diversity of my work, I realized what I had planned back in 1949.

What are your current projects?
We can address that when they become visible.

*The Minitel Rose refers to prurient and sexual content available on the Minitel, the French precursor to the web via a small computer most households enjoyed in the 80’s.
We will talk about it when they are visible.