Born in 1984 in Iran
Lives and works in Iran 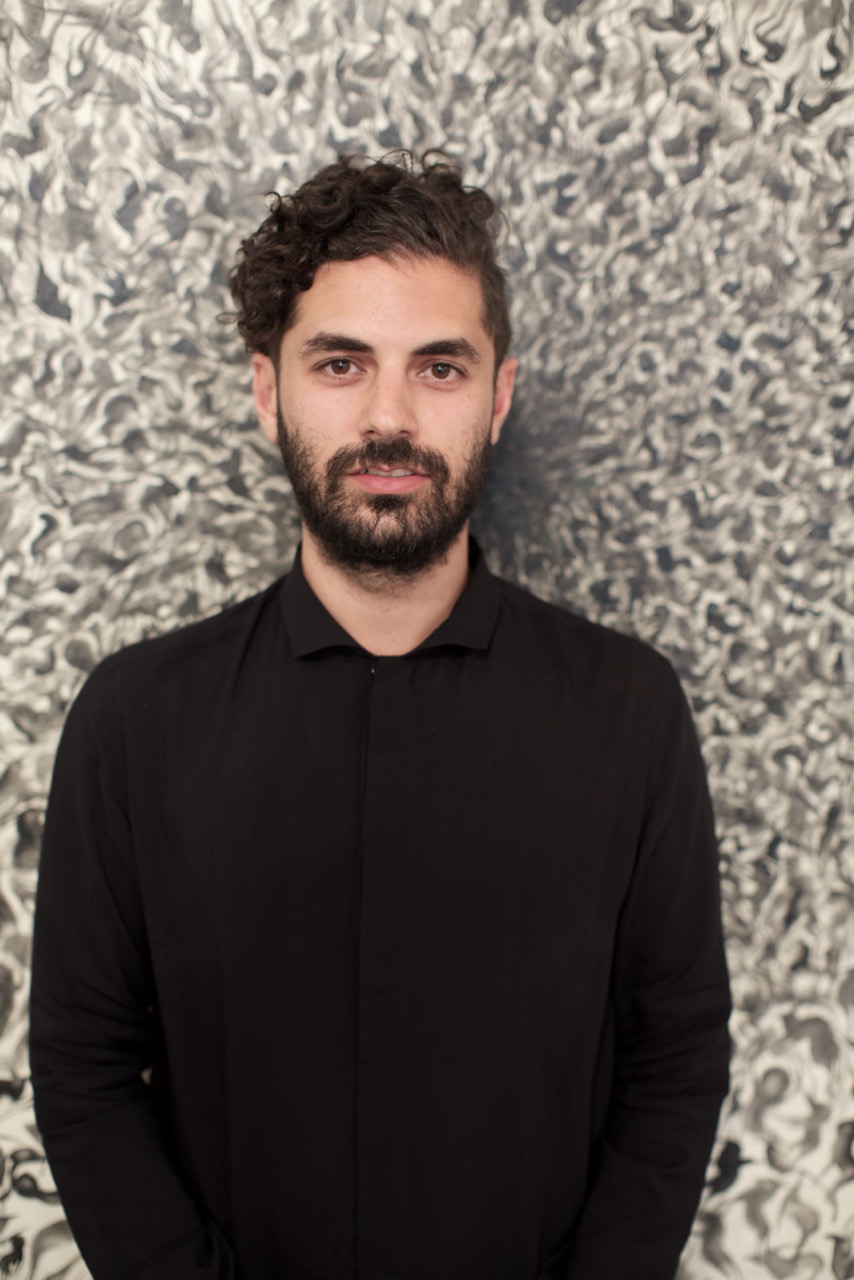 Babak Alebrahim Dehkordi and Peyman Barabadi are two young Iranian artists(both 30 years old), who graduated from an art school in Tehran (where they met in a painting course in 2000), almost unknown in Europe (although their work is currently exhibited in Rheims, in the cellars of the Pommery estate). When we ask who feeds into their work, who is their artistic source, they answer that they have been «in uenced by Iranian poets, by stories» and add that they do not possess «any reference». Likewise, let us refrain from this temptation, to bring into the picture our own cultural baggage, from which we would take out, for this occasion, the colourful crowds of James Ensor, the picturesque humanity of Jérôme Bosch, or even Claudio Parmiggiani and his crypt marked with red hand prints, which could even push us all the way to Edgar Allan Poe and his «Descent into the Maelström». And in fact it’s too late, we are there, we are going right there. «Abrakan» is a slippery terrain. First we need to take some precautions if we don’t want to be sucked in these great maelstroms whirling towards the deep end of the paintings. We also need to be careful not to get caught in the grand narrative launched by the Peybak duet in this series. The title and subtitle seem to come straight from a never-ending Gothic fantasy with suspension points warning us that we are far from reaching the end. «Somewhere, on the Abrakanian lands, beyond the sky, chaos comes after creation…». The tone is eloquent and audacious: we rarely read such hectic and grandiloquent catchphrases in the art world. We hear them on the television, on TV shows. «Geeks» also like these introductions often found in the video role games they play. Which already says this about Peybak’s work: it must be very addictive.