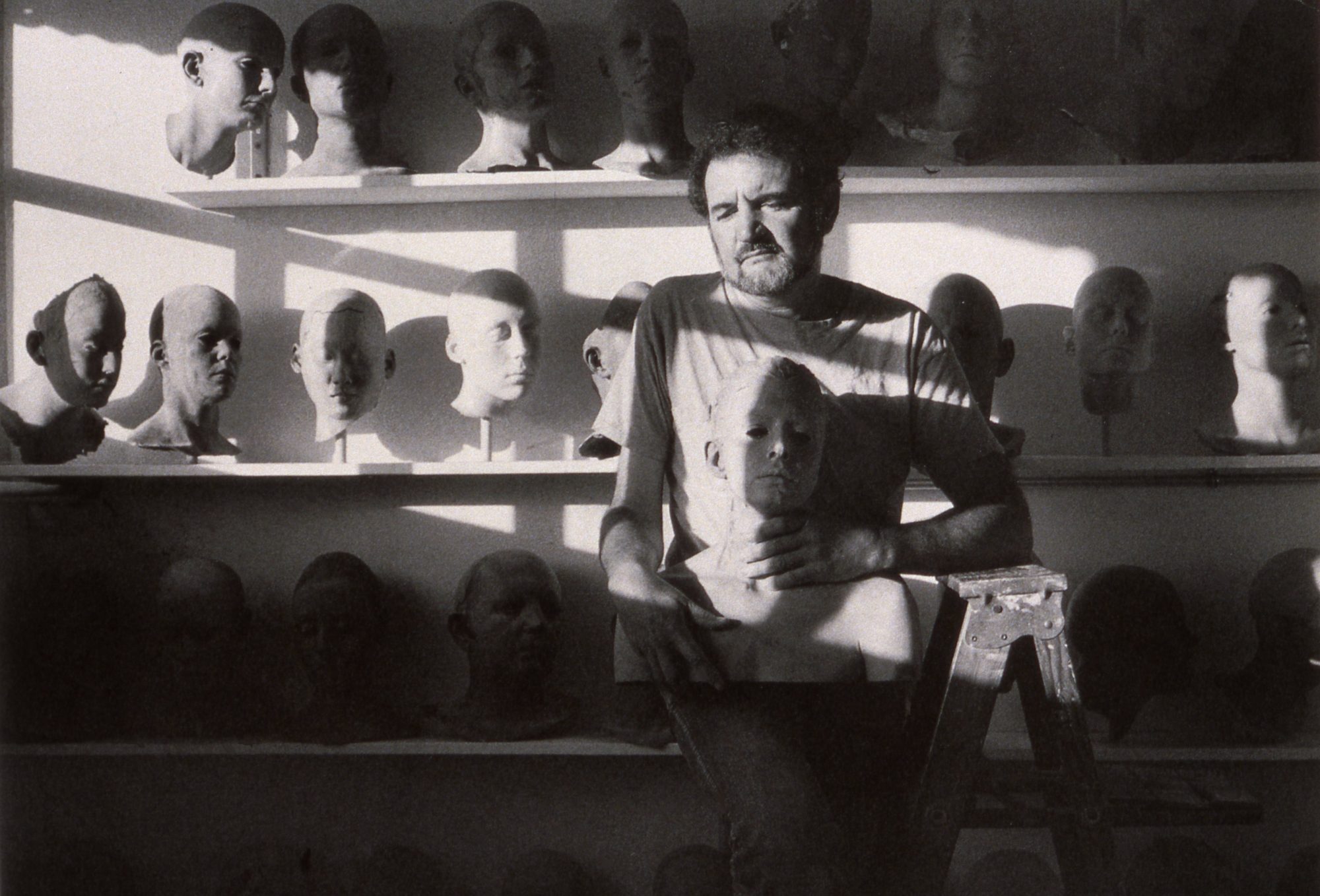 “A premiere sculptor of the American Photo Realist artist group in the 1970s, John DeAndrea established a new level of literal realism within the ongoing tradition of figurative sculpture.” (The Color of Life, Ed. Roberta Panvanelli, J. Paul Getty Museum Publications and the Getty Research Institute, Los Angeles, 2008) When John DeAndrea graduated in 1965, Abstraction dominated the scene. Mesmerized by the human form, DeAndrea, at first, painted Abstract figurative work to fit in with the times, while secretly developing a body of work which debunked the mainstream, working from life casting and developing techniques to create hyper-realist sculpture. As he emerged from his schooling, and unveiled his private works, he joined O.K. Harris Gallery in New York at the beginning of a new movement of realist works, exhibiting with the likes of Chuck Close, John Salt, Richard Estes, Ralph Goings, Robert Bechtel and Duane Hanson at the beginning of their careers. This movement quickly took hold, skyrocketing them to success and notoriety, Chuck Close and John DeAndrea being the first American artists alive to show in Paris at the brand new Center Georges Pompidou. Live casting was a completely forgotten and unexplored technique at the onset of the 1960s; at first working with traditional plaster casts, John DeAndrea was seeking a greater realism and more definition and so he developed a method of silicone casting that enabled him to capture more precise detail. Starting with fiber glass positives, evolving to polyvinyl resin and then onto bronze, DeAndrea’s earliest works were painted with automotive paint, later evolving into acrylics and then oil. Using real human hair and cast hair, constructing his own glass eyes and painting in eyes, he has explored a variety of techniques as suited to the individual piece. Over the course of 50 years and 350 sculptures, DeAndrea has refined his technique to capture the human spirit. It is DeAndrea’s incredible passion and drive to create the most realistic effects possible that has propelled mold making and sculpture in the 20th century. John DeAndrea is in the permanent collections of major Art Museums throughout the world, including the Metropolitan Museum of New York, Chicago Institute of Art, Ludwig Museum in Germany, or Centre Georges-Pompidou in France.